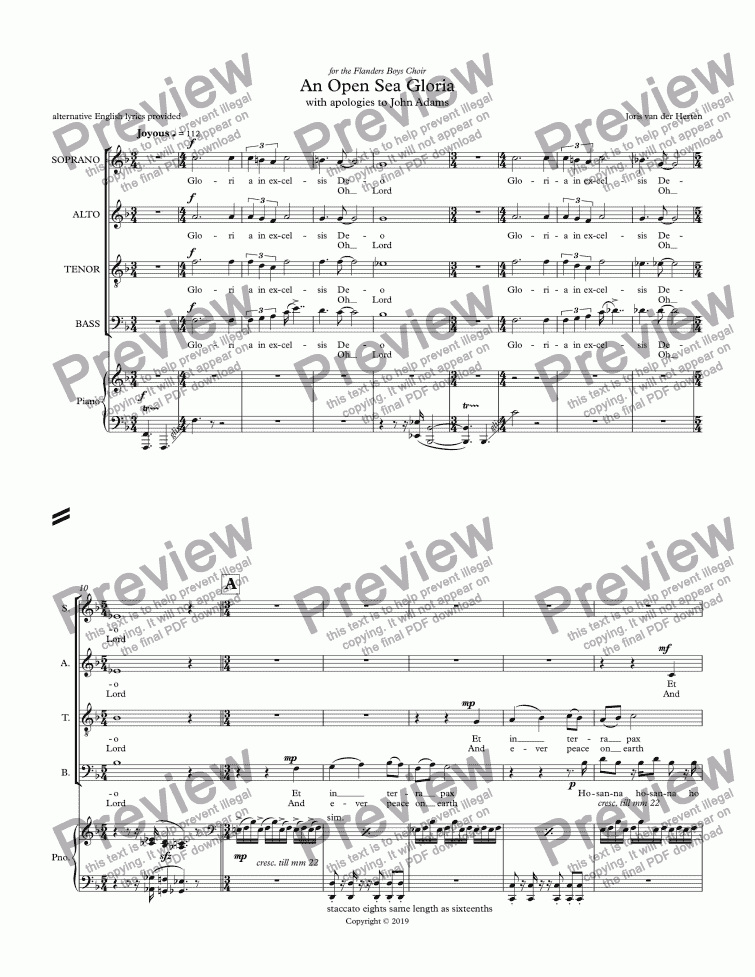 "Gloria in excelsis Deo" (Latin for "Glory to God in the highest") is a Christian hymn known also as the Greater Doxology (as distinguished from the "Minor Doxology" or Gloria Patri) and the Angelic Hymn/Hymn of the Angels. The name is often abbreviated to Gloria in Excelsis or simply Gloria.

The hymn begins with the words that the angels sang when announcing the birth of Christ to shepherds in Luke 2:14 (in Latin). Other verses were added very early, forming a doxology.

The Gloria is reserved for Masses of Sundays, solemnities and feasts, with the exception of Sundays within the penitential season of Lent (to which, before 1970, were added the Ember Days occurring four times a year, and the pre-Lenten season that began with Septuagesima), and the season of Advent (when it is held back as preparation for Christmas). It is omitted at weekday Masses (called Ferias) and memorials, and at requiem and votive Masses, but is generally used also at ritual Masses celebrated on occasions such as the administration of another sacrament, a religious profession or the blessing of a church.