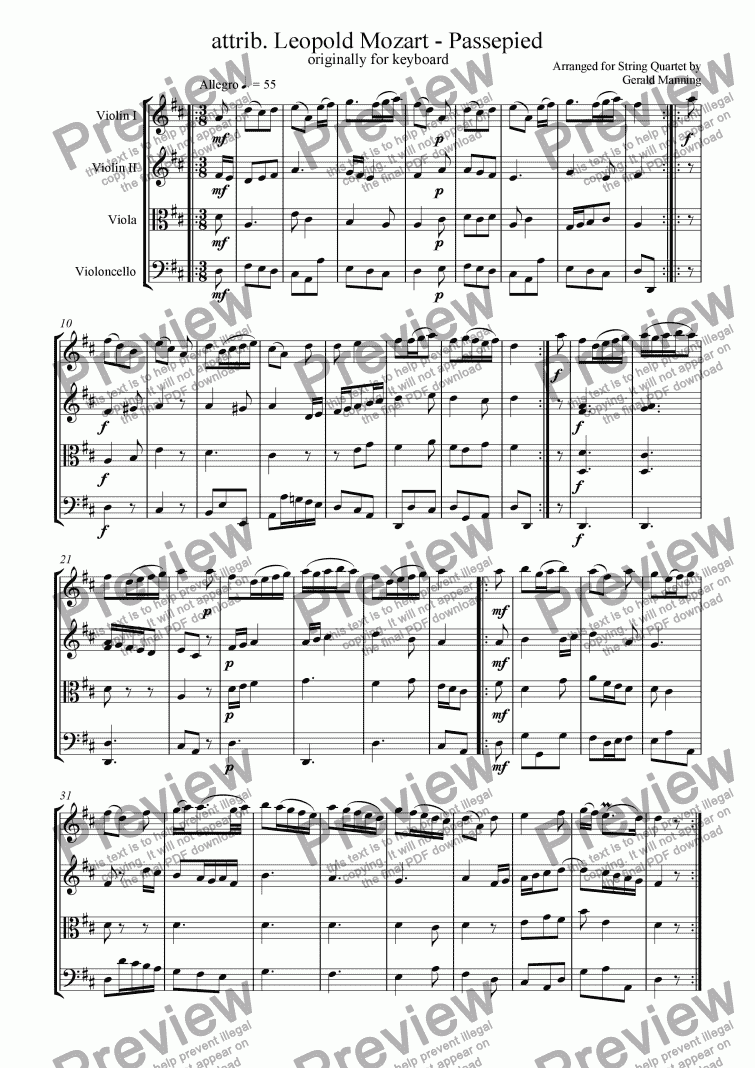 It is fitting in this 250th anniversary year of Mozart�s birth to pay tribute to the musicianship of his father Leopold a professional violinist and inspired teacher who was in the service of the Prince-Archbishop of Salzburg, by including (all-be-it an attributive opus) one of his works Passepied. Leopold Mozart took great pains over his children�s musical education and training which can scarcely be faulted, and this work composed for his six-year-old son Wolfgang was originally for keyboard. His textbook on violin playing, Versuch einer grundlichen Violinschule, was published at Augsburg in 1756; it was translated into Dutch and French and soon became the standard work on the subject. There is also another reason why I have chosen pieces by both Bach and Handel in this collection; the Mozart�s, father and son like Beethoven had a profound respect for the works of Bach and Handel. This series of arrangements for string quartet is aimed at string quartets� that are building a repertoire of incidental popular classics and �easy listening� music for social functions of every kind. In preparation also at the time of writing is a collection of the most popular Hymns taken from the English Hymnal for string quartet with optional chamber organ. From time to time I shall add further pieces thus building the availability of music that is well known to the general public. String quartets should contact me if they have any particular requests, but here I must stress that strict copyright restrictions may apply for certain commissions.