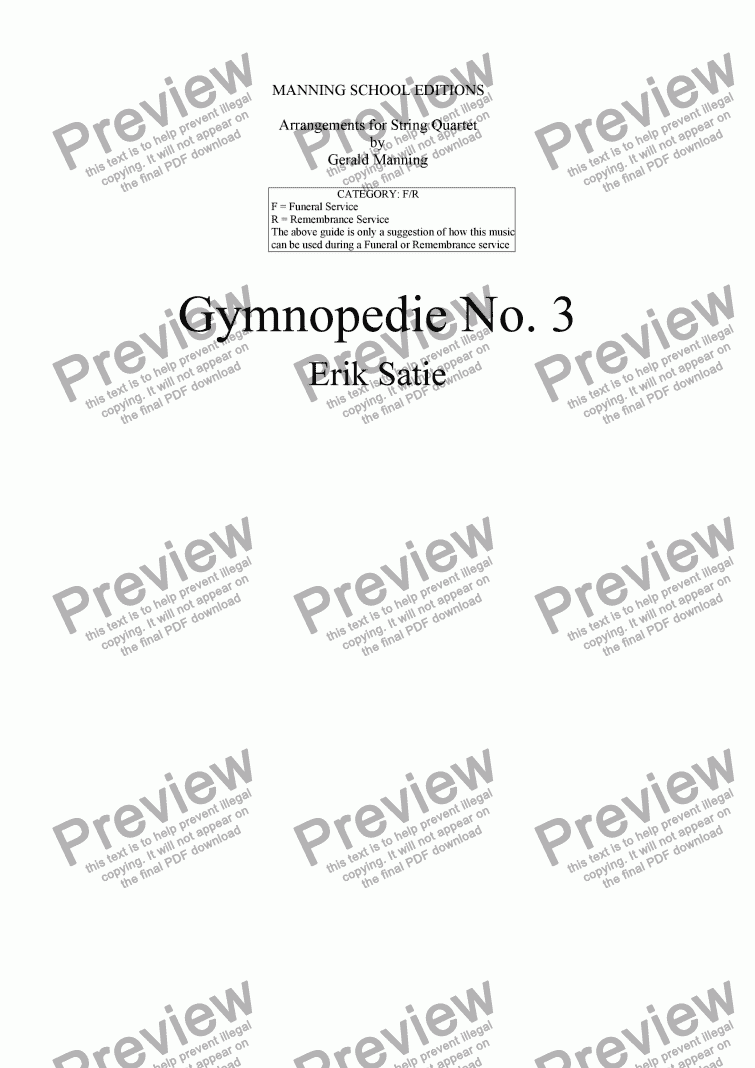 Erik Satie came from a musical background; his mother of Scots extraction was a pianist and composer while his father who was French was a music publisher in Paris. Although he entered the Paris Conservatoire in 1883 where he only studied for a year with disappointing results, he was not amenable to scholastic tuition and learning; however he began composing piano music in a very personal and harmonically advanced idiom, but nevertheless aimed at achieving his effects with the utmost simplicity of means. He met Debussy in 1890 who conducted his own orchestration of two of the Gymnopedies. Although he gained a reputation as a musical humorist because of the titles of his pieces the music itself was melancholic and wistful with touches of sadness.

Reviews of Satie, E. - Gymnopedie No. 3 - arr. for String Quartet by Gerald manning