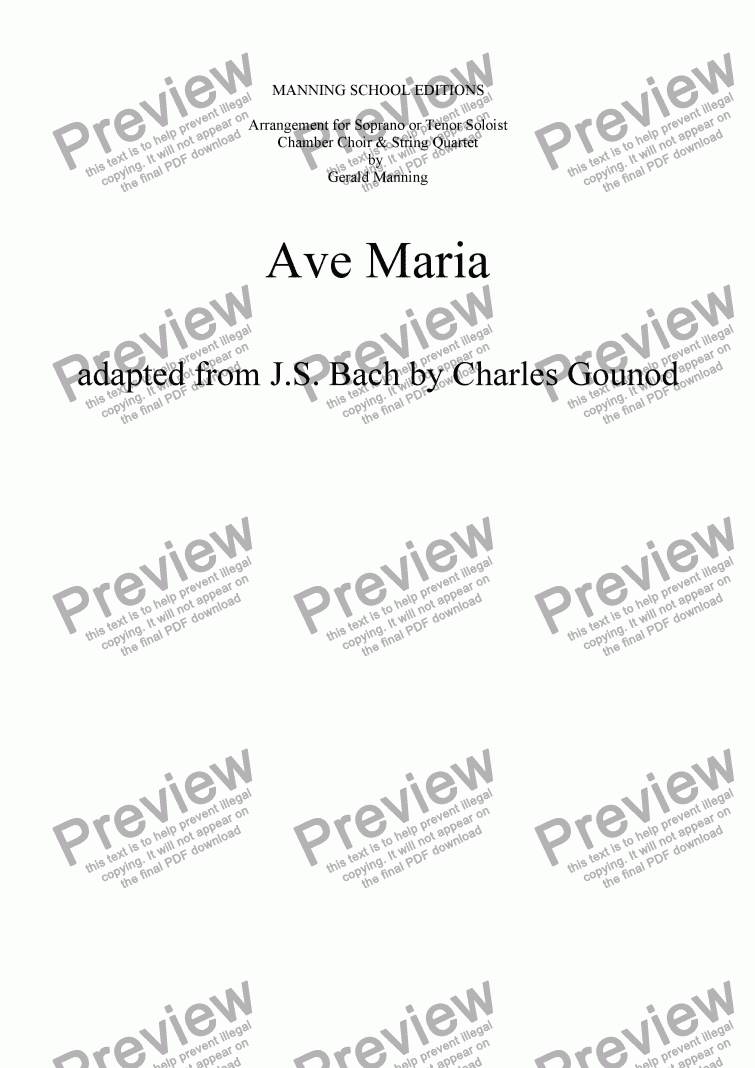 Gounod came from an artistic background; his father was a distinguished painter, his mother an accomplished pianist, and he obviously inherited her musical talent. After winning the Prix de Rome in 1839 at the Paris Conservatoire, he spent a number of years in Italy where he discovered the music of Palestrina and 16th century polyphony, Bach, Beethoven, and at this time he met Fanny Hensel, Mendelssohn�s sister who introduced him to her brother�s music. He returned to Paris and secured a position as an organist. He composed Operas (the most famous of these being Faust to which he owes his fame), Oratorios, Masses, a Te Deum, and various motets and hymns, but of all his religious works the one which has gained the widest popularity is the �Ave Maria� (also known as �Meditation�) which he freely adapted from Bach�s 1st Prelude of the 48 Preludes and Fugues to which he added a Latin Text from Luke 1 and a sentimental melody for soprano voice.