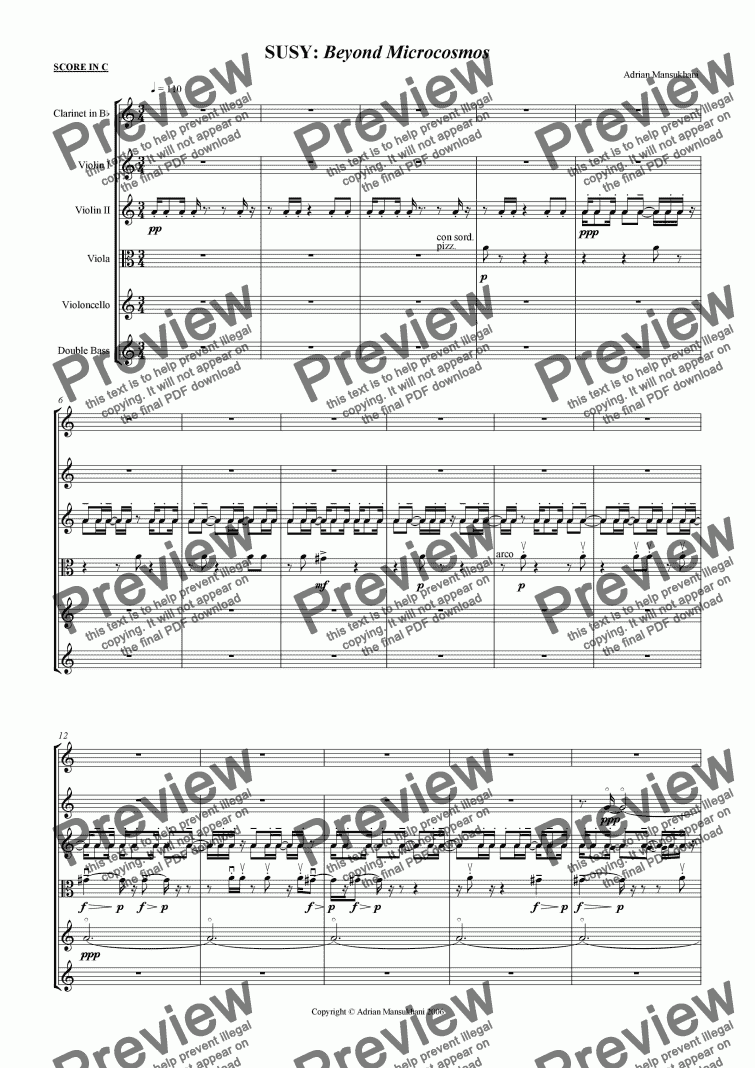 In the middle of the 20th Century, a new scientific theory came into existence � String Theory. This theory has the potential to revoluntionise modern physics; it opens the door to the possibility of a �Theory of Everything�.

SUSY: Beyond Microcosmos deals loosely with the idea of String Theory. The work begins with a drone, rhythmically disjointed. It becomes the building block for the entire work, where the range of sound and length of notes are slowly expanded. The rhythmic drone is continued throughout the work, maintaining momentum (Force) and providing structure and harmony (Matter) to the work itself.

Reviews of SUSY: Beyond Microcosmos