By: Princess Te Rangi Pai - arr. Peter Hargreaves
For: Brass band
This music is in your basket
View basket
Loading... 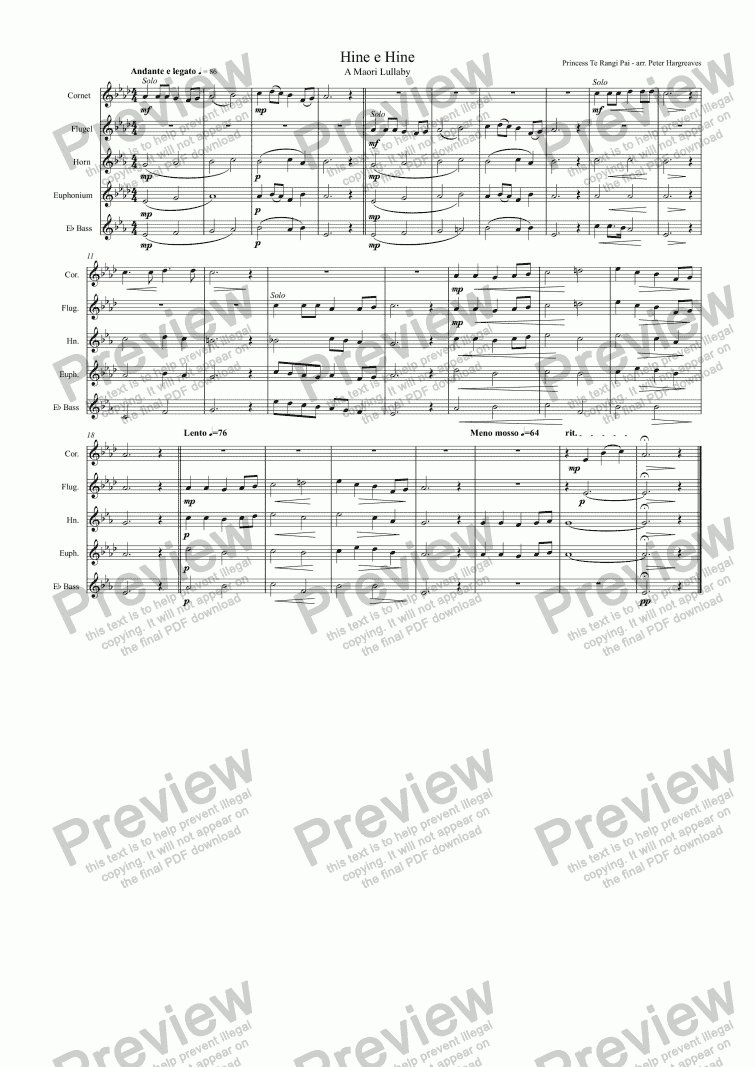 Hine e Hine is a Maori lullaby that first appeared in 1907. It remains to this day one of New Zealand's favourite songs. Although it is often described as a folksong it in fact a composition by a leading Maori contralto who initially studied singing in Australia, then came to London in 1901 for further voice training. Christened Fanny Rose Porter, she invented for herself the stage name of Princess Te Rangi Pai, made her début in Liverpool that year and thereafter was in great demand for recital and oratorio work. She returned to New Zealand in 1905 and made many tours, receiving particular acclaim for Hine e Hine which she sang at nearly every concert.

The song's popularity has received a significant boost in recent years through the recordings of two of New Zealand's singing stars Dame Kiri Te Kanawa and Hayley Westenra.

Be sad no longer, There is love for you in the heart of the Father, Little girl, darling girl.

Now is the Hour and Hoea Ra