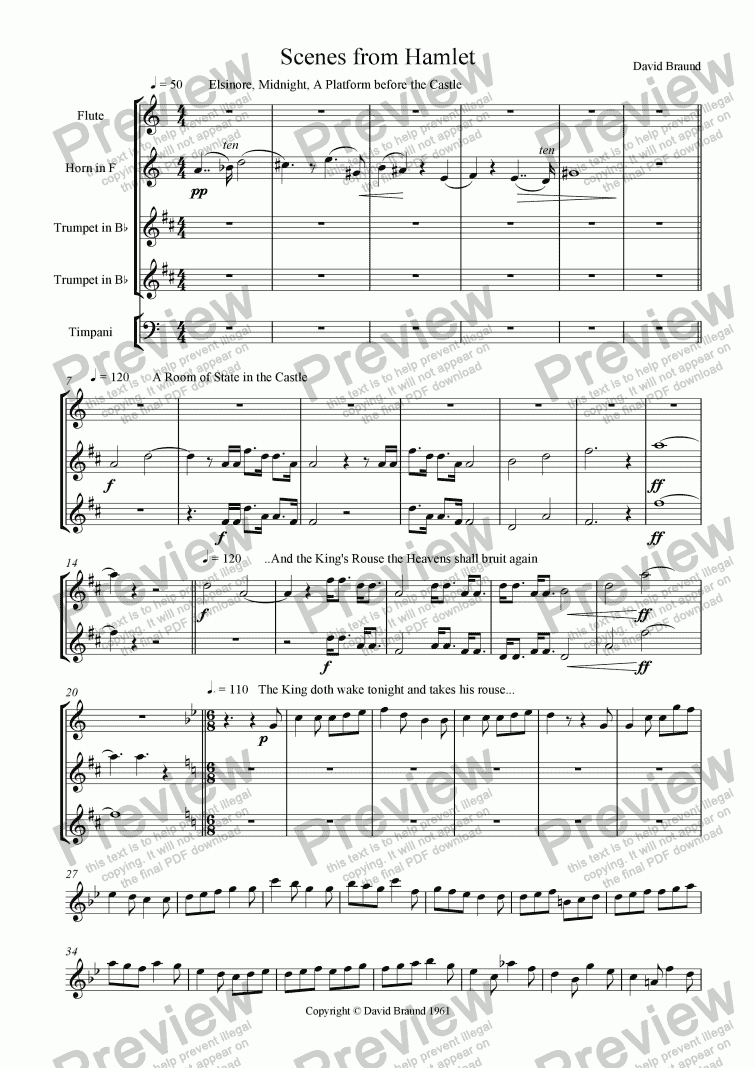 Another manuscript that turned up at the same time as 'Mr. Pickwick' was this incidental music that I wrote for an Oxford University John Oldham Society production of Hamlet. We took it on tour round the West Country. Terry Jones played Polonius and the Grave Digger; I played the fourth captain, to 'Bear Hamlet, like a soldier, to the stage', marching in step with my own funeral march.

The music was played by members of the Oxford Symphony Orchestra and recorded on (reel-to-reel) tape in Holywell Music Room, courtesy of Professor Jack Westrup.

In order to submit this score to ScoreExchange.com David Braund has declared that they own the copyright to this work in its entirety or that they have been granted permission from the copyright holder to use their work. If you believe that this score should be not available here because it infringes your or someone elses copyright, please report this score using the copyright abuse form.

Reviews of Scenes from Hamlet