By: Mozart
For: Sextet of Flutes
This music is in your basket
View basket
Loading... 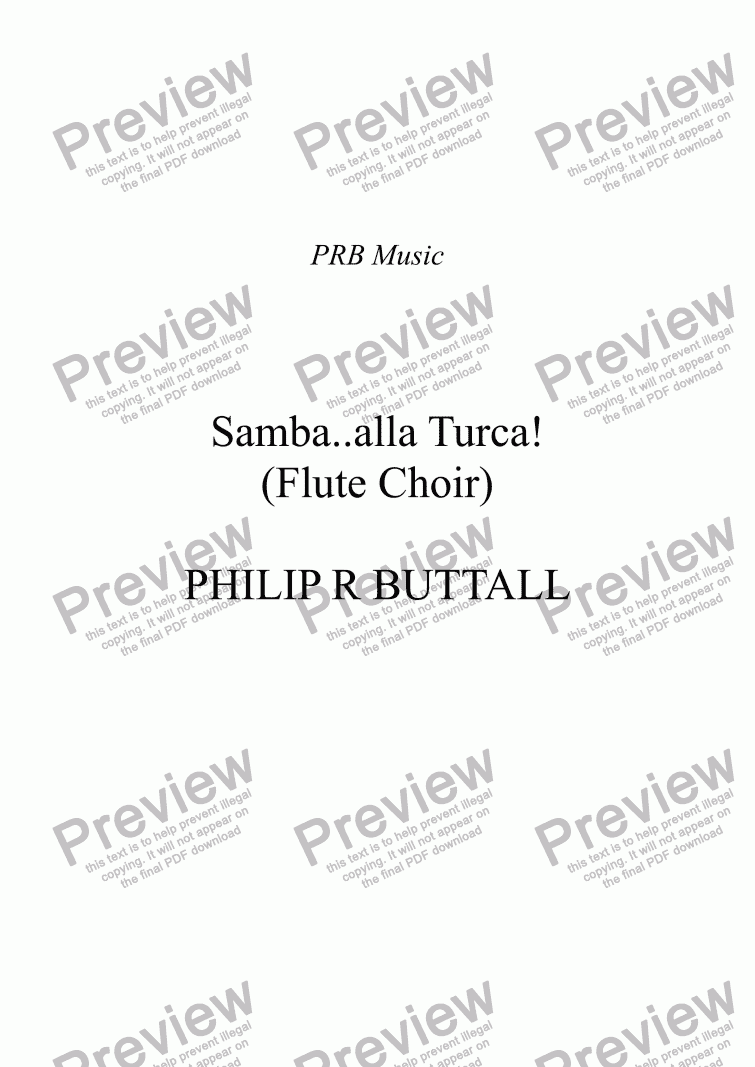 By: Mozart
For: Sextet of Flutes

Composer
Mozart
Year of composition
2006
Arranger
Philip R Buttall
Publisher
PRB Music
Difficulty
Difficult (Grades 7+)
Duration
4 minutes
Genre
Classical music
License details
For anything not permitted by the above licence then you should contact the publisher first to obtain permission.

One of the best things about SibeliusMusic is the chance to make new friends and contacts all over the world!
A short while ago, I received an email from flautist, Lisa Ochoco, asking whether her flute quartet could play one of my pieces in the future. Lisa lives in Portland, Oregon, and is involved in the Rose City Flute Choir, which has about 30 members. Lisa (bottom right of picture on bass flute), unfortunately, will not be playing with them anymore, as she’s recently been engaged as a music director for a church, whose rehearsals are held on the same night of the week as the flute choir�s. Lisa writes: ’However, I would love to introduce your music to them if you do arrange a flute choir piece. I think if you could adapt your �Samba�alla Turca� into a flute choir piece, they�d love to play it!’
As I haven’t arranged anything for this particular medium, and because it’s Mozart’s birthday year, I decided to try it out, basing it on the wind band version which is published by Editions Marc Reift in Switzerland. However, the chance to work in 6-part harmony has meant that I have been able to add extra bits and pieces, hopefully to make the most of this particular instrumental combination. I have used the Rose City Flute Choir’s scoring: Piccolo, Flutes 1-3, Alto Flute & Bass Flute, but have included a version of the Alto and Bass parts for Bb clarinet, bearing in mind that the bass flute’s low C is one note too low for the clarinet, and for which I have made a necessary adjustment.
It’s always great to hear from flautists who are using this arrangement with various flute choirs, and I very recently heard from Anita Hall, from Southampton, who has found it goes down well with her players. Anita also has a bass flute, and an alto flute, and because she’s not always sure how many players will turn up for rehearsal, might end up playing one or the other - but obviously not both! To get around this, Anita asked me to re-arrange the Alto Flute part for ordinary flute, which was straightforward, and hardly involved any upward tranposition. She also asked me to re-arrange the bass part for Alto Flute, which did mean quite a lot of octve transposition, to accommodate the difference in range. Just in case anyone out there needs a similar part, I’ve uploaded these two parts as well!