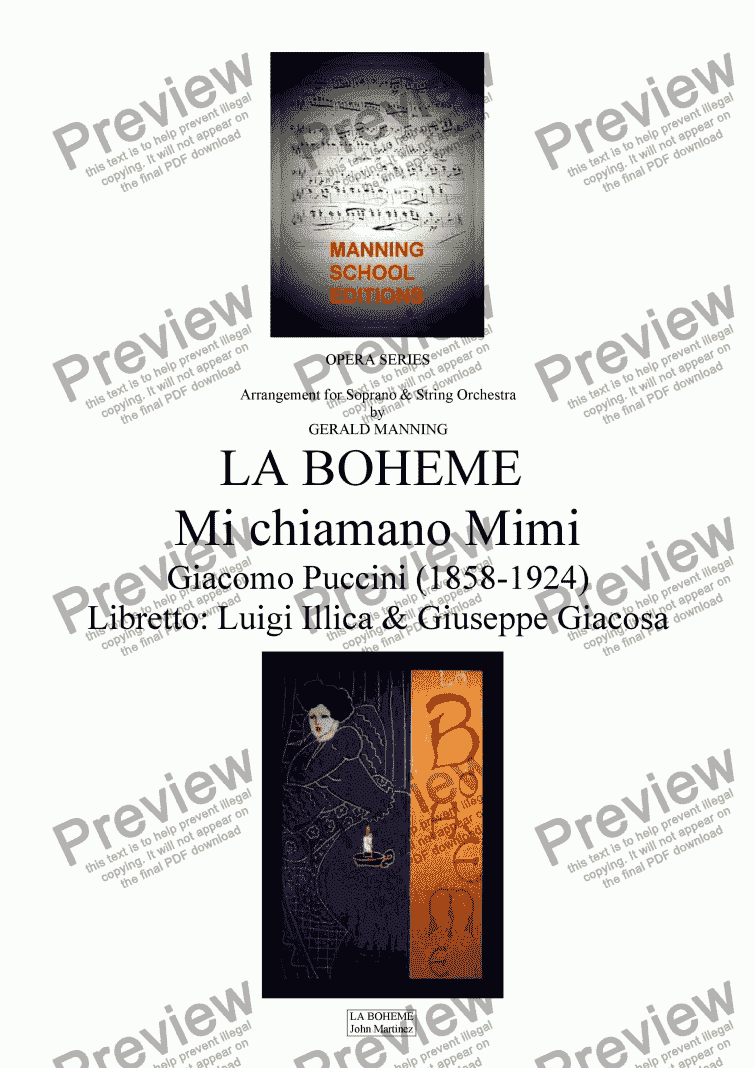 La Boheme was Puccini�s fourth opera and the second of his four mature works: Turandot, La Boheme, Tosca and Madame Butterfly. Its premiere was a success � although not as great a success as �Manon Lescaut�, which was premiered three years earlier. The Milanese publisher Ricordi had decided, much to Puccini�s displeasure, that the performance would be conducted by the then relatively unknown but fast-rising 28-year-old musical director of the Teatro Regio, Arturo Toscanini, and although Puccini supervised the rehearsals he would have preferred to be collaborating with a more famous conductor.

However the opera proved to be a great success with the public and ever since then is firmly established as one of the three or four most popular operas in the repertoire.