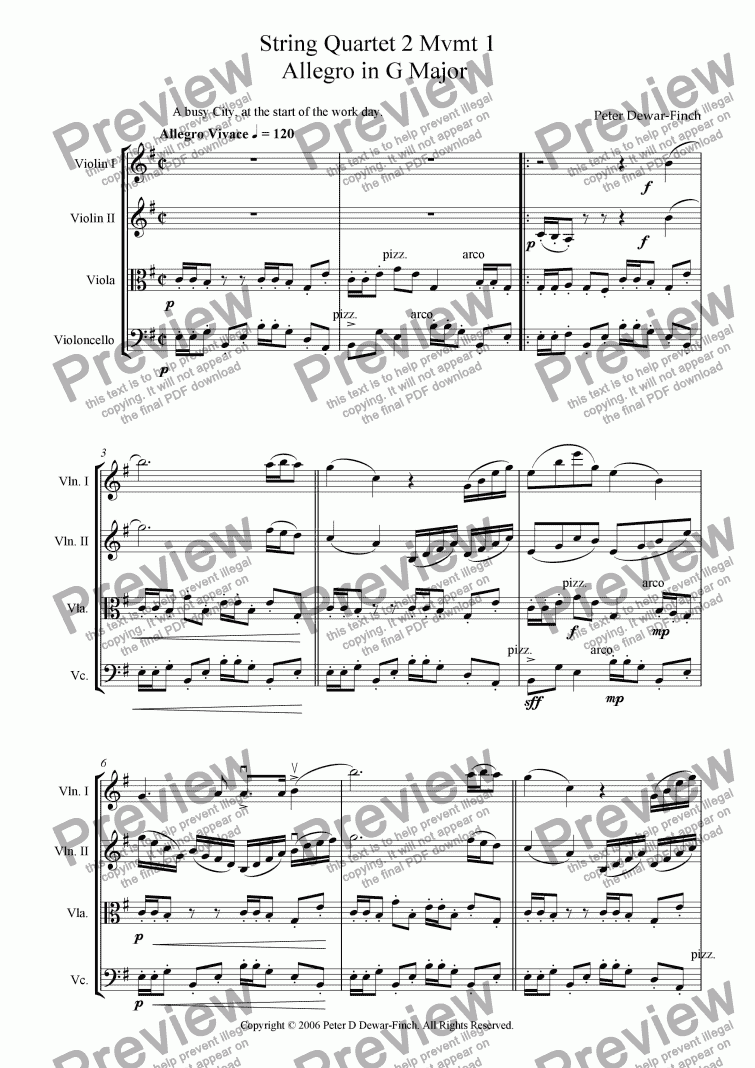 My second String Quartet moves away slightly from the Neo Classicism of the first. There are only three movements instead of the traditional Classical four with each in accepted Sonata form. This one breaks the mould in terms of structure.

String Quartet Number Two 9/11 tells the story of the terrorist attack on the World Trade Centres twin towers in New York with two passenger jets and the aftermath and protracted war against dictatorships in both Iraq and Afghanistan.

Movement 1, Allegro in G major witnesses a busy city at the start of the working day, New York. Then the horror of a jet screaming towards the World Trade Centres North tower and destroying it; to be followed shortly after by the second jet which then hit the South tower. For all those who saw it, even those helpless observers transfixed by their T.V screens, they will never forget it.