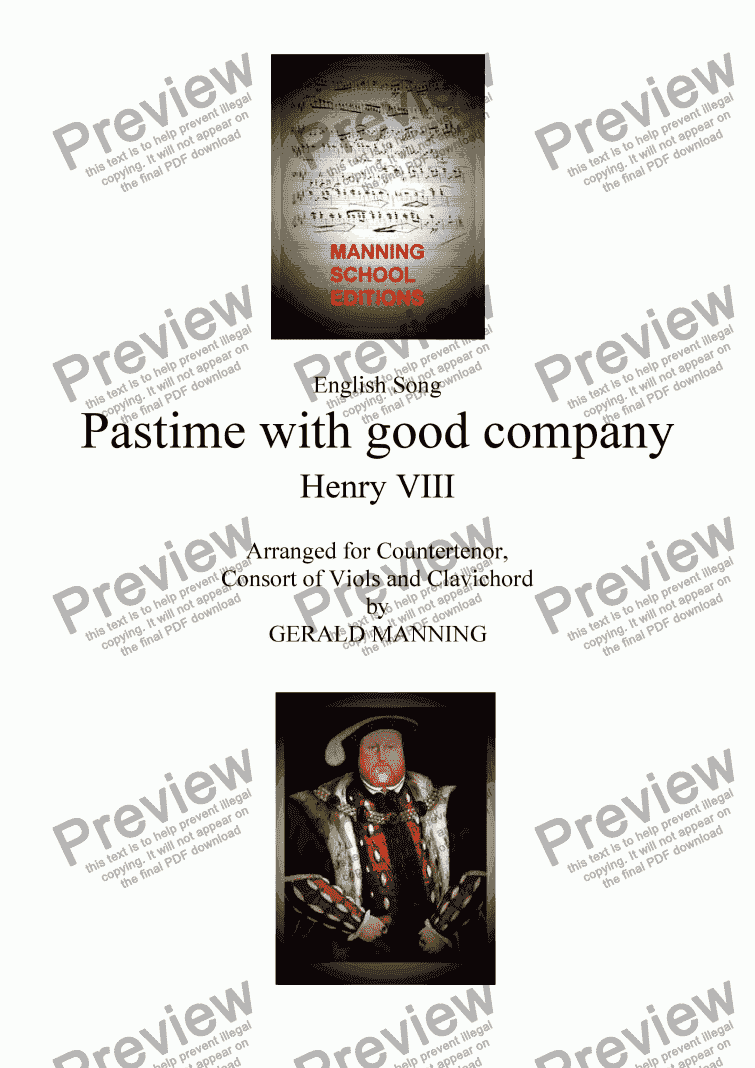 By the time of Henry the VIII the English were recognized throughout Europe as a musical nation. Erasmus writes � they excel the whole world in the beauty of their women, their knowledge of music and the excellence of their table.� The folk music of England evolved over the centuries to produce a quintessentially English quality that bore no resemblance to the folk music of any other land. The use of poetry was a powerful influence on the character of the English song and composers continually strove to fit the music closely to the poetry to add pathos to the words. In Henry Lawes collection of �Ayres and Dialogues� there are many fine examples of the marriage of sound to sense and Lawes desired to �set words with just note and accent.�

Pastime with good company is known as �The King�s Ballad� and is preserved as a manuscript in the British museum. There is no doubt about the authenticity of this work which because of its popularity was referred to in a number of early publications. On the death of his elder brother, Arthur, Henry who was originally designated for the church succeeded to the position of Heir Apparent. As an ecclesiastic the then requirement was to be instructed in music, and he is known to have written two masses, a motet, an anthem, some songs and various other compositions, vocal and instrumental. 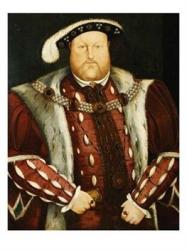