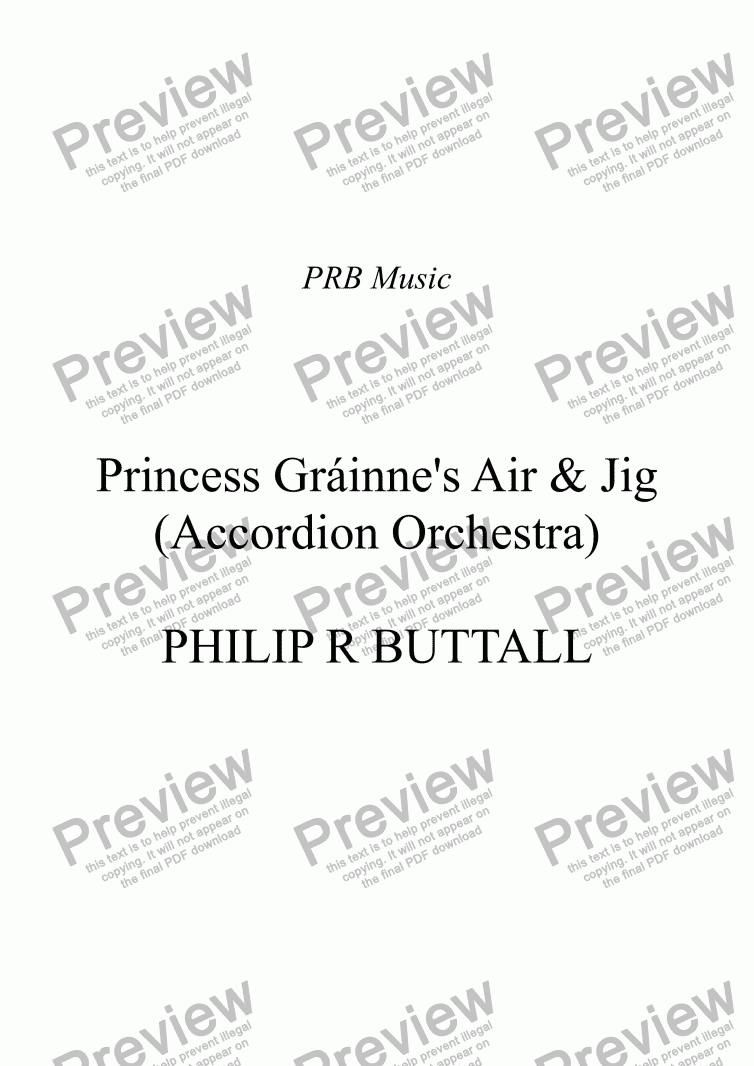 Sadly, Grainne passed away on November 16, 2014 - just days before reaching her 15th birthday.

She was actually born on the 22nd - St Cecilia's Day, patron Saint of Music and Musicians - so her unique spirit will still live on in this, her music.

Otherwise, the programme note below will remain unaltered.

Shortly before Christmas, 2006, I had an email from Patricia Bartell, asking whether I had considered making arrangements for Accordion Orchestra, which are particularly popular in the USA, and Europe. As we were about to spend Christmas in Sorrento, Italy, it was something which I had to put on my ’To Do’ list for 2007.
I am delighted to say that I have now finished four works for Accordion Orchestra - in fact arrangements of four of my most popular pieces, and these are now available here at Score Exchange.

Whilst accordions have keyboards like the piano, I had never written anything for one, let alone an orchestra of accordions. Here, I was extremely fortunate that Patricia is a top accordion performer and teacher, especially well known in the Pacific Northwest of America, and into Canada’s British Columbia, and conducts the Spokane Accordion Orchestra in Washington state, where she lives.

Patricia has been able to run through the arrangements and check out where registration changes could be better used, and where anything didn’t actually work in performance, and she has been able to do all this live, with her orchestra, see the attached picture, with Patricia wielding the baton!

As ever, it has been a real learning experience for me, if only that I now know that those ’smiley’-like circles with dots in them, which you find in Sibelius’s Symbols, are actually signs for various registration changes and octave transpositions! I hope to write a few more arrangements for them soon! Without Patricia’s help, and her players’ input, too, I doubt whether I would have arrived at four even! 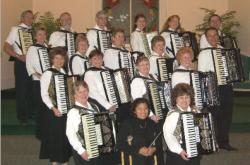