By: Philip R Buttall
For: Large mixed ensemble
This music is in your basket
View basket
Loading... 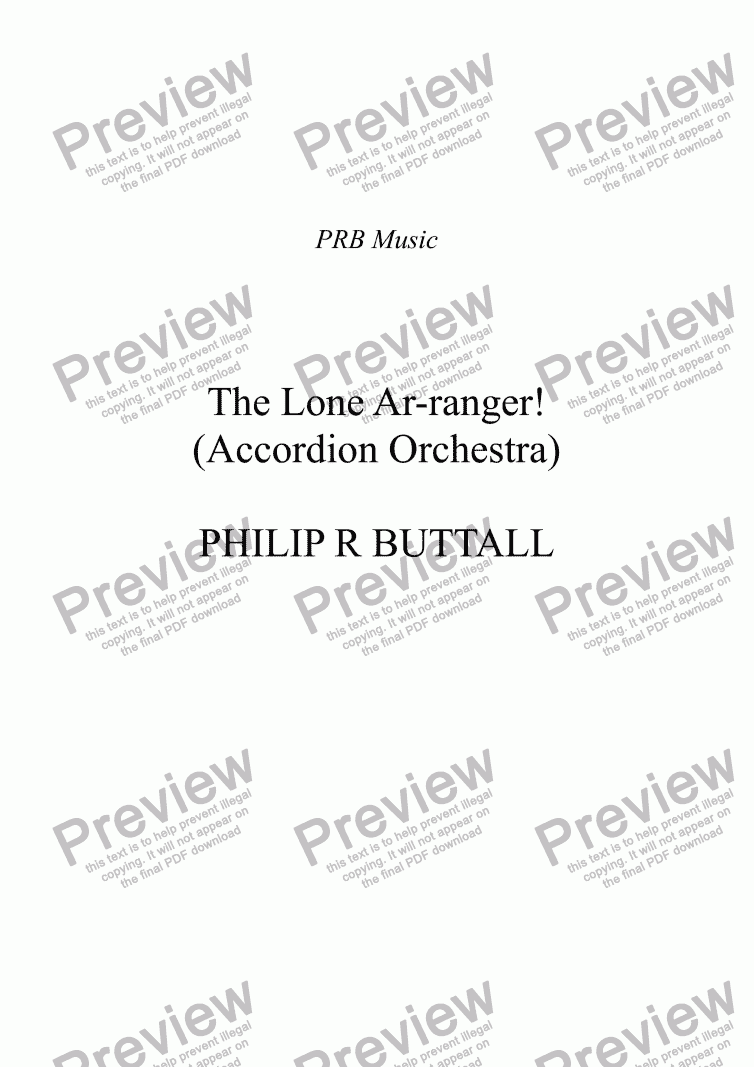 As ever, it has been a real learning experience for me, if only that I now know that those ’smiley’-like circles with dots in them, which you find in Sibelius’s Symbols, are actually signs for various registration changes and octave transpositions! I hope to write a few more arrangements for them soon! Without Patricia’s help, and her players’ input, too, I doubt whether I would have arrived at four even!
Following a number of requests worldwide, I have now uploaded a special non-playing score, which lists, and identifies all the tune fragments used in The Lone Ar-ranger! Click here for further information.

STOP PRESS I was recently contacted by John Fanthorpe of the Craven Accordion Orchestra in West Yorkshire, to ask whether I had a part for Drumkit available and, because they also have keyboards in the ensemble, one for this, too. I am delighted to say that I have now added these two, and look forward, hopefully, to hear the Orchestra play The Lone Ar-ranger! before too long!