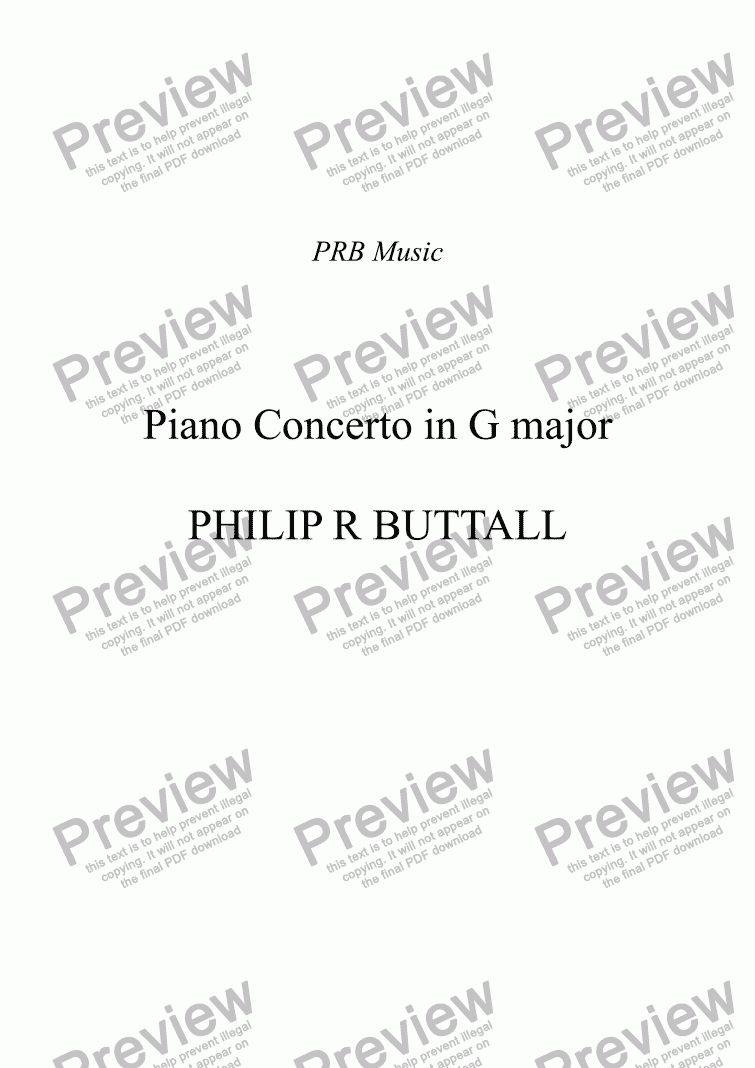 Composer
Philip R Buttall
Year of composition
1967
Lyricist
none
Publisher
PRB Music
Difficulty
Difficult (Grades 7+)
Duration
21 minutes
Genre
Classical music
License details
For anything not permitted by the above licence then you should contact the publisher first to obtain permission.

This was written in my mid teens, and given a first performance by the Plymouth Orchestral Society, now Plymouth Symphony Orchestra. It was my first unaided attempt at orchestration and is cast essentially in a classical style, using orchestral resources typical of the time. However, there are digressions into different styles, an a cyclic element in the slow section of the finale. The first public performance was given in Plymouth Guildhall with the Combined Orchestras of Her Majesty’s Royal Marines, and myself as soloist. The orchestral parts are left essentially as they were, with only just a little tidying up, made with the benefit of hindsight.

The attached photo was taken at the Royal Marines Band 2005 Westcountry Reunion, to which I had been invited as a guest of Captain Wally Shillitto, who was the Plymouth Band’s Director of Music during the 70s, and with whom I had played a number of works for piano & orchestra.

Wally, of course, has long since retired, and now lives in Scotland, where he enjoys playing his viola once more, and the company of friend, Ursula, who lives not too far away! It was lovely to meet up with him, as well as with many other old friends from the Band Service, after some thirty years!

STOP PRESS: The attached MP3 has been made using NotePerformer rather than Sibelius 7 Sounds. I think it makes for a more ’natural’ sound overall.