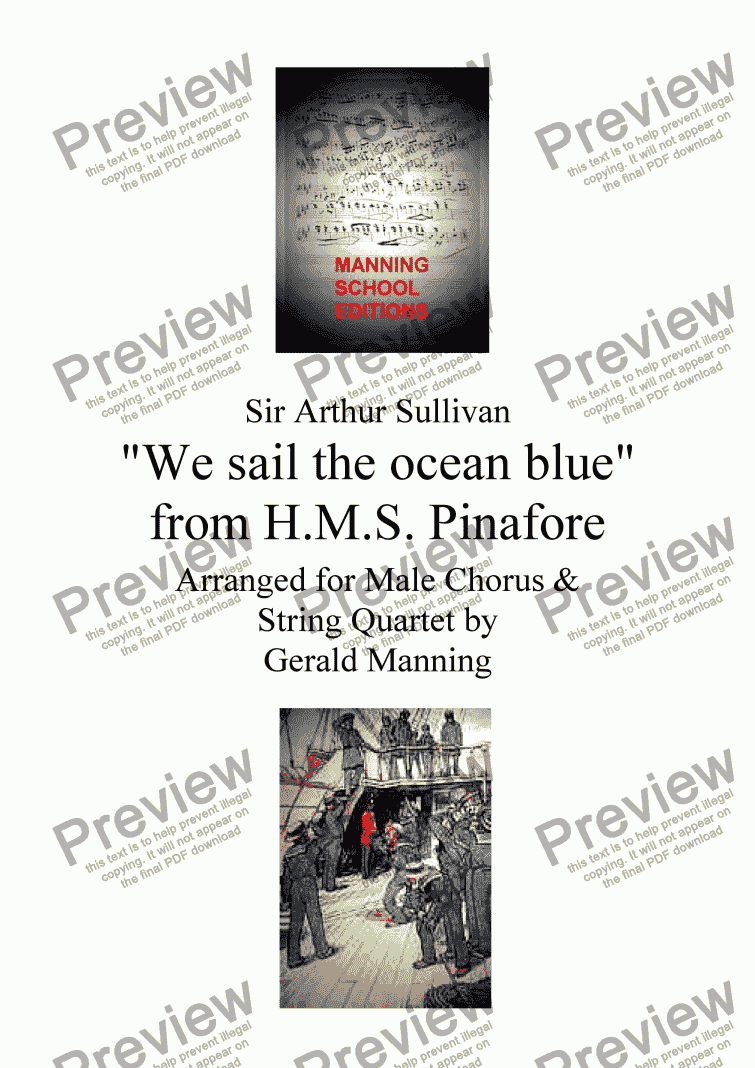 Pinafore is among the most popular of the Gilbert and Sullivan operas, perhaps because of its infectious tunes and generally well-constructed libretto. Captain Corcoran, Commanding H.M.S. Pinafore, sings his famous song "I am the Captain of the Pinafore" in which quite a number of well-known phrases that are still prevalent in conversational English today have their origin. Phrases such as "I never use a big, big D", and "What, never? Hardly ever!" 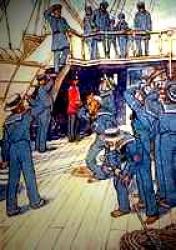 Reviews of Gilbert &Sullivan - Songs from the Savoy Operas. - "We sail the ocean blue" from H.M.S. Pinafore - arr. for Male Chorus & String Quartet by Gerald Manning