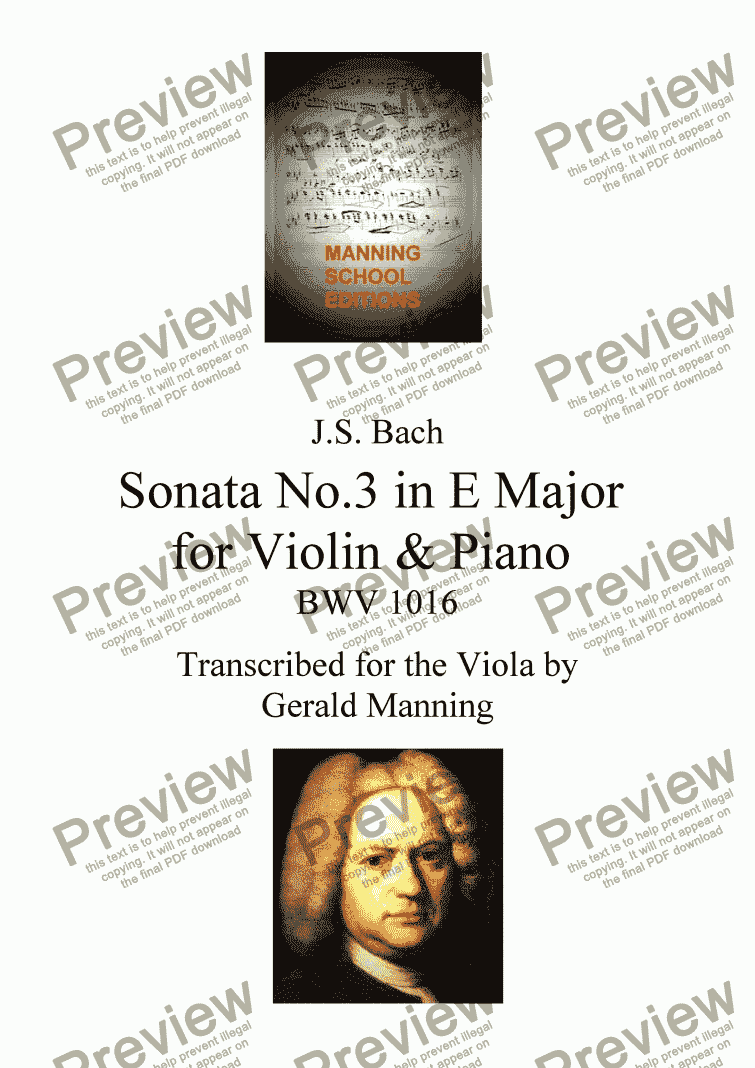 SONATA NO. 3 IN E MAJOR BWV 1016 FOR VIOLIN & PIANO TRANSCRIBED FOR THE VIOLA IN A MAJOR

What can be said about the musical genius of Johann Sebastion Bach that hasn�t already been said? Surely Bach is the supreme exemplification of the thesis that the greatest artists do not so much originate as fulfil; the supreme confutation of the notion that an artist�s greatness reveals itself in the extent to which he �expresses the spirit of his age.� My own veneration and love of the great man�s music began when at the tender age of fourteen my first and only violin teacher introduced me to the six sonatas BWV 1014-19. The impact on my developing mind to say the least was colossal; I was intoxicated by the sheer beauty and spiritual essence of the pure contrapuntal voices as they spoke to me without sentimentality of the immortality of the soul and the mortality of man � this indeed is music created by a genius of the highest intellect. When I started my professional life on the viola I still played these six sonatas transposing them down a perfect fifth at sight but I was frustrated because I never found a pianist who could do the same, so I decided that when the opportunity presented itself I would transcribe the six violin sonatas for the viola and piano. So here is the third sonata, originally in E Major but now transposed into A Major for the viola. This is a long-term project and I am determined to complete this labour of love, for to become engrossed in Bach�s music is to feel that here was the most musical being that ever lived, the incarnation of music�s self.

Composed in Cothen between 1719-20, the contrapuntally rich yet always tuneful six violin sonatas were then revived some ten years later by Bach for performance. Bach would probably have played the harpsichord but it would have been a difficult decision for him as the instrument dearest to his heart was the violin. 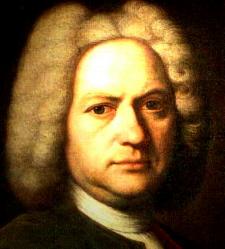 Reviews of BACH, J.S. - Sonata No. 3 for Violin & Clavier BWV 1016 - transcribed for the Viola by Gerald Manning