VERACINI, F.M. - Sonata for Violin & Piano in d minor transcribed for the Viola by Gerald Manning 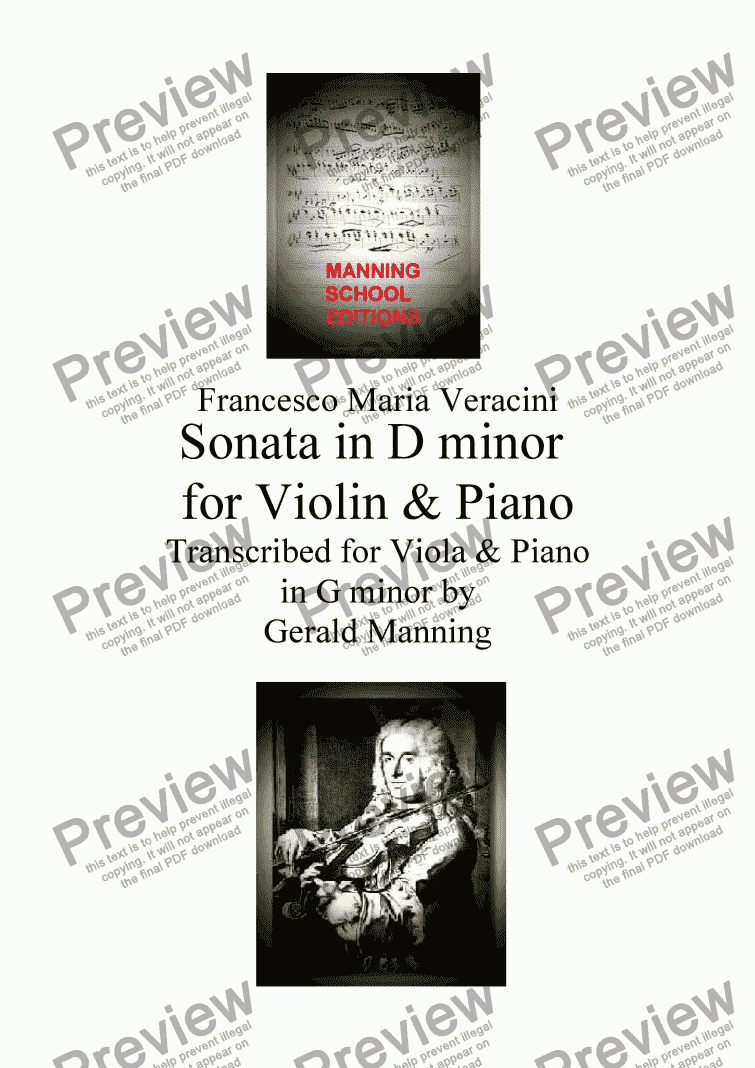 Francesco Maria Veracini (February 1, 1690 � October, 1768) was an Italian composer and violinist, perhaps best known for his violin sonatas and violin concertos. His uncle Antonio gave him his first lessons, and in time he often appeared with him in concerts and recitals. As a virtuoso soloist he travelled throughout Europe, and in 1714 impressed Tartini with an incredible display of technique in some of his own compositions, and at the time it was reported that Tartini withdrew for a while to study better use of the bow. During this time Pietro Locatelli, another up and coming violinist probably studied with Veracini. Although he was an instrumentalist, about half his output was vocal, and for a while he was Handel�s 's great rival as an opera composer in London. 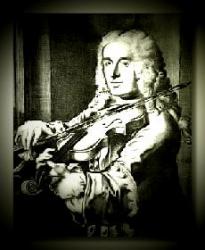 Reviews of VERACINI, F.M. - Sonata for Violin & Piano in d minor transcribed for the Viola by Gerald Manning