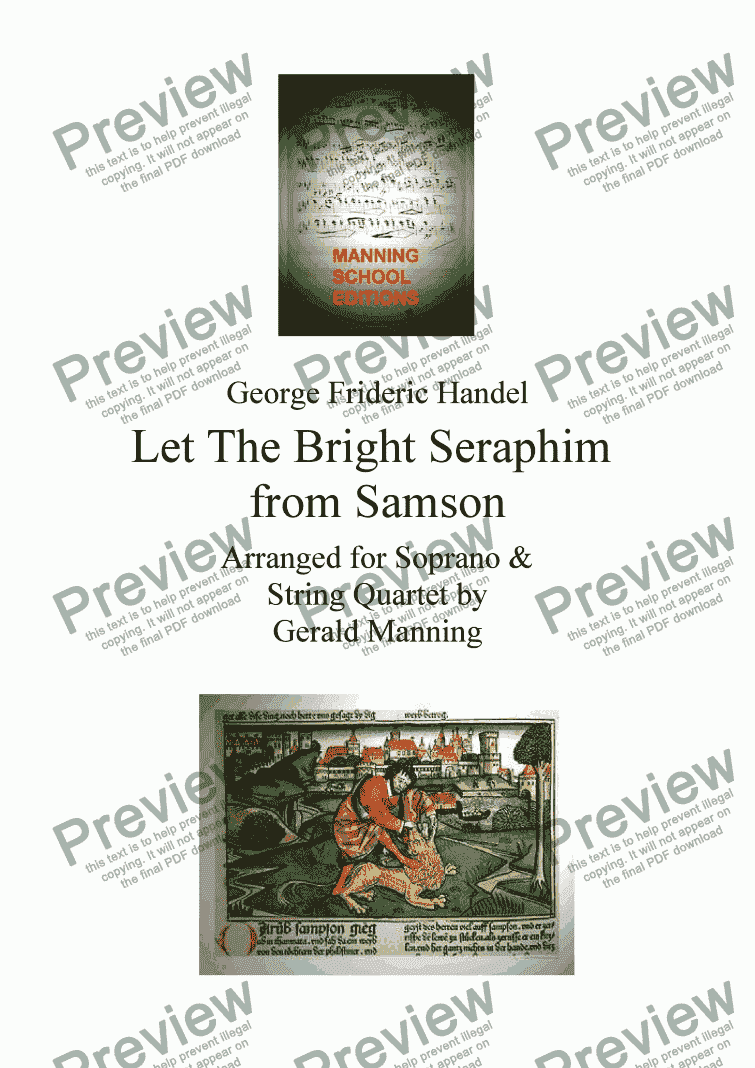 Milton's dark and dense meditation on the Samson legend was the inspiration in 1741 for Handel�s next oratorio, which he began work on just two weeks after completing Messiah on September 14. Work started on Samson on September 29, and with his customary alacrity Handel completed the score on October 29. The libretto by Newburgh Hamilton, who based it on Miltons's Samson Agonistes, which in turn was based on the figure Samson in Chapter 16 of the Book of Judges. Samson is considered one of Handel's finest dramatic works, even though the premiere which was given in London did not take place until February 18, 1743. Usually performed as an oratorio in concert form, Samson has also on occasions been staged as an opera, maintaining its popularity throughout Handel�s lifetime, and has never fallen entirely out of favor since. 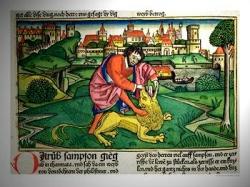 Reviews of Reliquary of Sacred Music - Handel, G. - Let The Bright Seraphim from Samson - arranged for Soprano and String Quartet by Gerald Manning