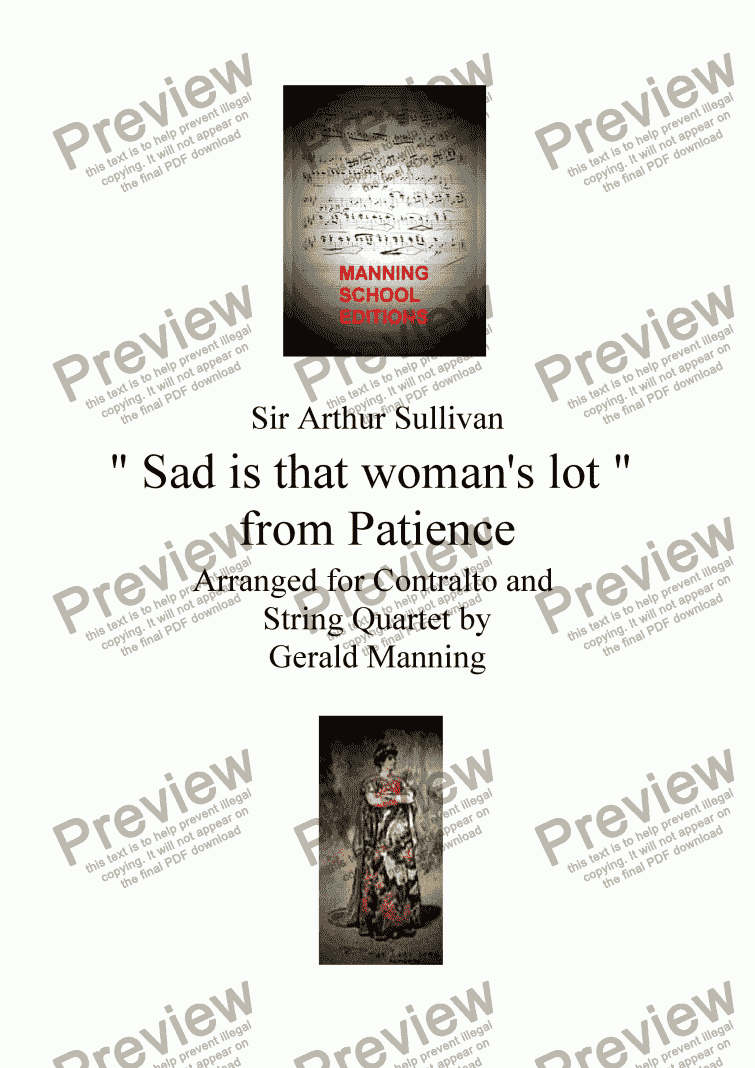 Patience opened on April 23, 1881 at the Opera Comique and ran for 578 performances, but in October 1881 D�Oyly Carte moved the entire production to his new theatre, the Savoy that was the first theatre in the world to be lit entirely by electric lights. Patience was an immediate success due in part to its satirization of the �aesthetic craze� of the 1870�s and �80s, which was so easy to ridicule as a meaningless fad. Oscar Wilde, an acknowledged wit and dramatist, became famous as the leader of aestheticism in England during the "eighties" and is also well known as a writer of poems and plays.

In Act II after the Opening Chorus �On such eyes as maidens cherish� which is sung by twenty love-sick maidens, the elderly and portly Lady Jane is seen in a glade, leaning on a violoncello on which she presently accompanies herself in the Recitative and Solo �Sad is that woman�s lot� in which she bewails the fate of women whose charms decrease as their size increases.