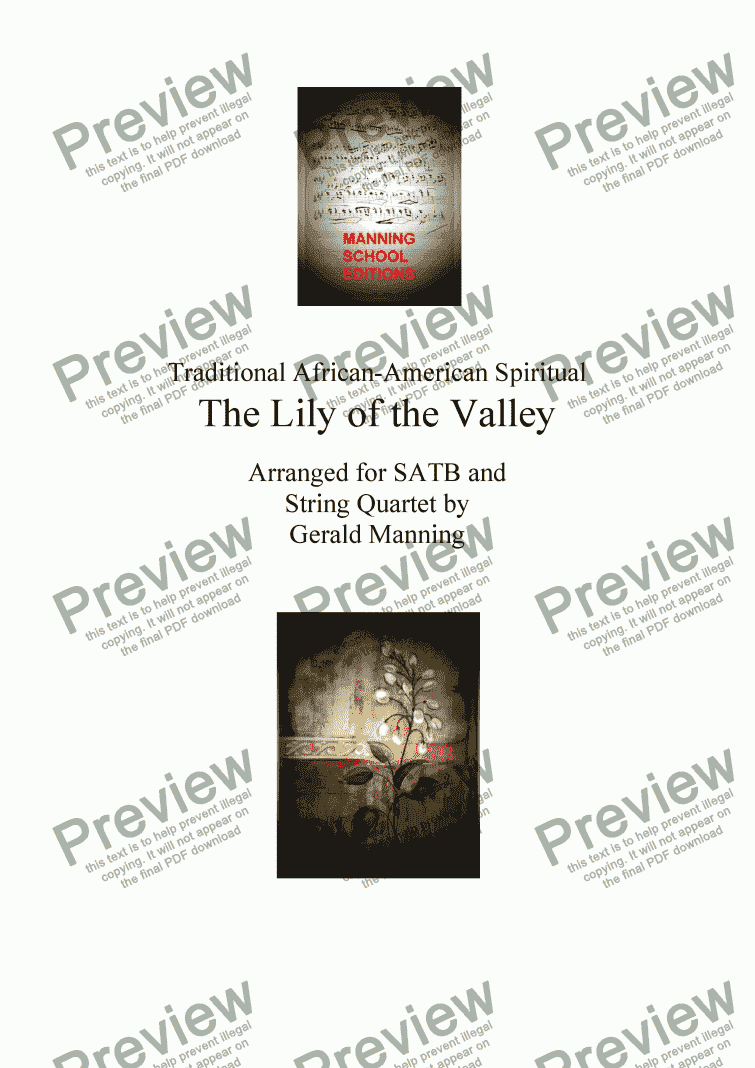 AFRICAN-AMERICAN SPIRITUALS The Lily of the Valley Text: Anonymous Music: Anonymous Spirituals are religious folksongs, which evolved and are associated with a complex history of revivalism in America, between 1740 and the 19th century. The very first Negro spirituals were inspired by African music even if the tunes were not far from those of hymns. Some of them, which were called �shouts�, were accompanied with typical dancing including hand clapping and foot tapping. The tunes and the beats of Negro spirituals and Gospel songs are highly influenced by the music of their actual cultural environment. It means that their styles are continuously changing. Many of these African influences persist today in mainstream African-American religious worship: in the "amen corner," praise shouts, "gettin' happy," and in gospel music; altered states of consciousness and speaking in tongues; and in the resonance of the Jordan River in spirituals and liturgical imagery and in full-immersion and river baptism. 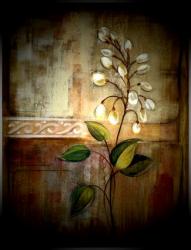