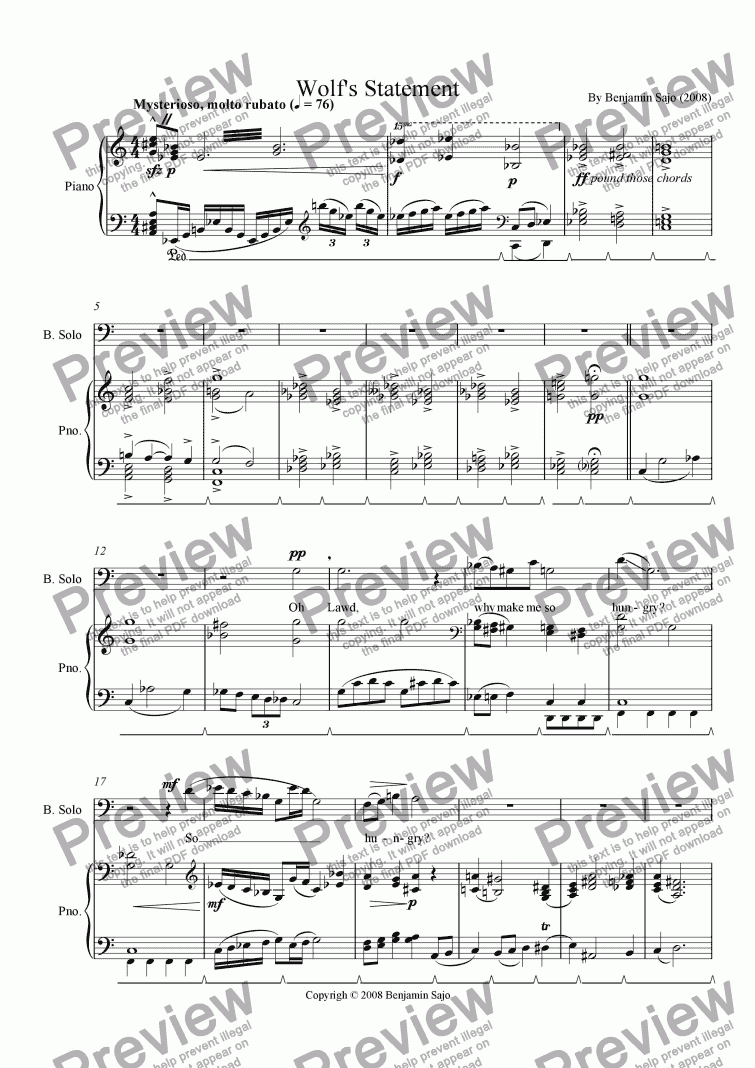 As with the other songs in the Snowsongs cycle, �Wolf�s Statement� is sung from the point of view of an animal totem. In this case, a wolf, declaring his sovereignty over the encroaching civilization of Man, during a long winter famine in the Canadian North. Whereas most songs are about romantic love, this song is about greed, determination, and violent independence. As a character, Wolf is a loner, though by being the apex predator, he is a �sovereign� over the forest, and is jealous over his power. This declaration is his attempt to cover up his fear and hunger just as much as his claiming a militant stance. To the singer, notice the independent glottal stops, spoken words, and glissandos. The rest is up to your interpretation, though the words must be sung as clearly as possible. Excessive vibrato would be out of character.