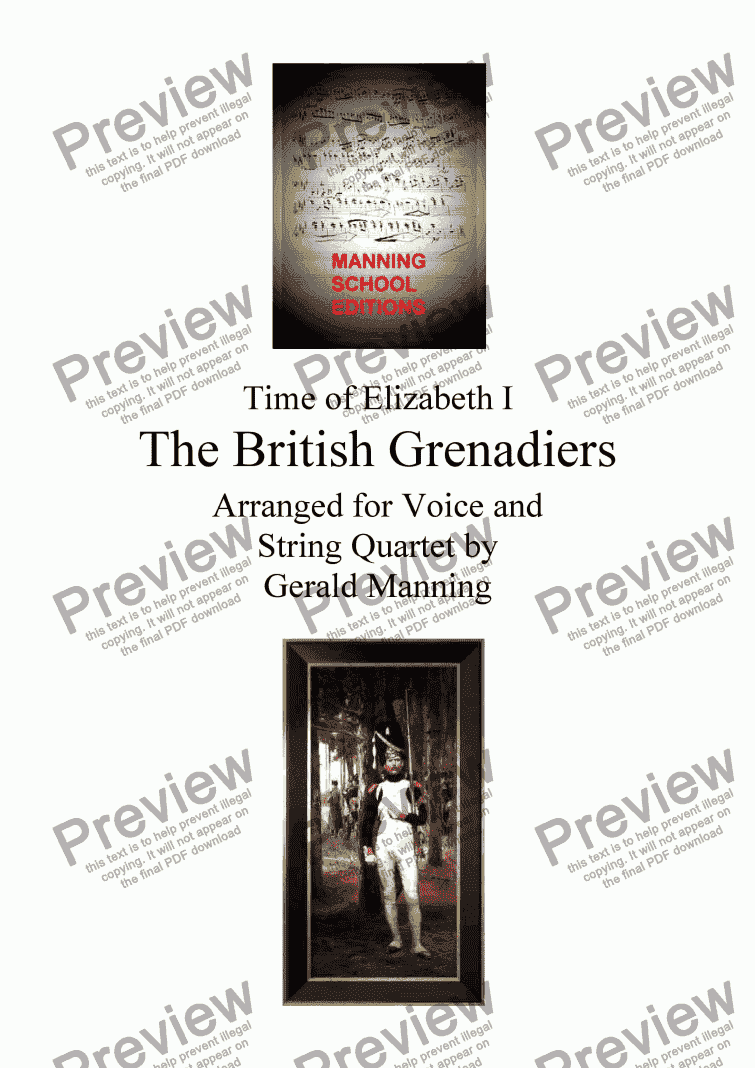 ENGLISH SONG: The British Grenadiers Music: Time of Elizabeth I Text: Anonymous By the time of Henry the VIII the English were recognized throughout Europe as a musical nation. Erasmus writes � they excel the whole world in the beauty of their women, their knowledge of music and the excellence of their table.� The folk music of England evolved over the centuries to produce a quintessentially English quality that bore no resemblance to the folk music of any other land. The use of poetry was a powerful influence on the character of the English song and composers continually strove to fit the music closely to the poetry to add pathos to the words. In Henry Lawes collection of �Ayres and Dialogues� there are many fine examples of the marriage of sound to sense and Lawes desired to �set words with just note and accent.� The date of the melody to the British Grenadiers is uncertain, but it is clearly much older than the words, and from its likeness to two other airs, whose date is known, namely, � Sir Edward Noel�s delight� and � All you that are good fellows,� it has been assigned to the same period, the reign of Queen Elizabeth I. The date of the words is equally uncertain, but it cannot be earlier than 1678, when the grenadier company was formed, nor later than the reign of Queen Anne, when the grenadiers ceased to carry hand-grenades.