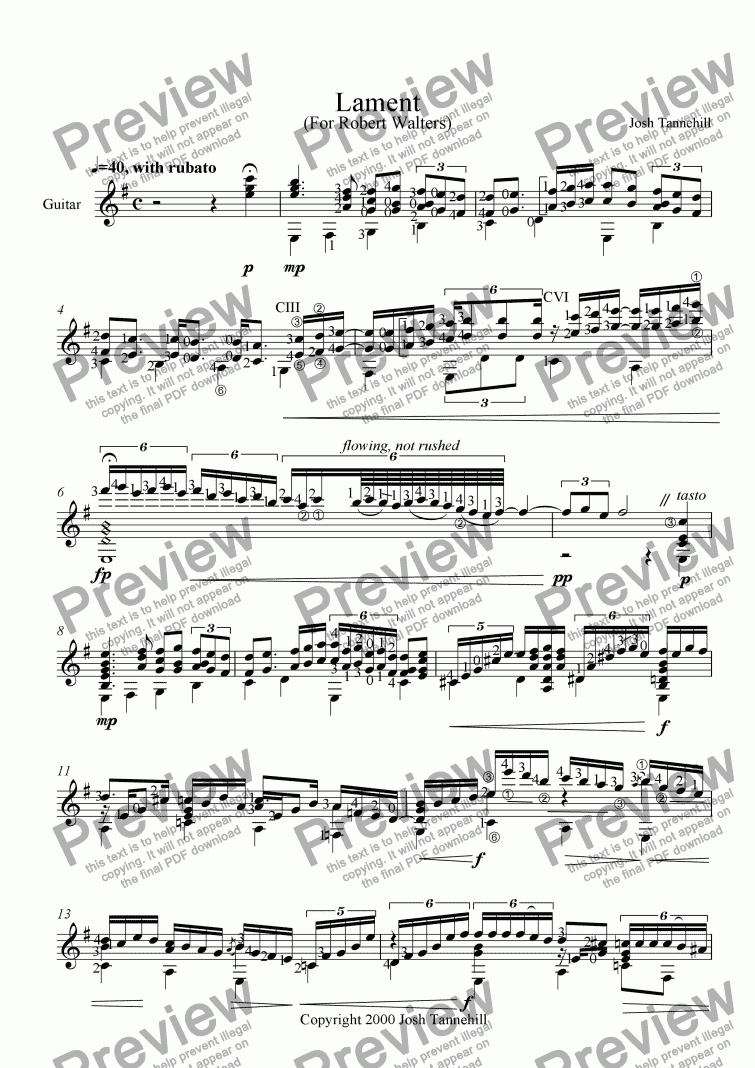 Robert Walters was a good friend of mine who died due to a car accident in July of 1999. He was a captivating writer and poet, and he liked to frequent coffee shops and discuss philosophy. After he died, about a year later, I began dreaming about his accident, and I woke up one night and wrote this for him. It seemed to be a good way of exorcising the demons, so to speak. I've been told that the ending is too abrupt, but I wanted it cut off with no resolve, because that, to me, was Robert's life.

In order to submit this score to ScoreExchange.com Josh Tannehill has declared that they own the copyright to this work in its entirety or that they have been granted permission from the copyright holder to use their work. If you believe that this score should be not available here because it infringes your or someone elses copyright, please report this score using the copyright abuse form.