My account
Help Contact
HomeInstrumentationsVoice + guitar The Flowers of the Forest, Trad., 19th century arrangement, adapted for voice and guitar or lute

The Flowers of the Forest, Trad., 19th century arrangement, adapted for voice and guitar or lute 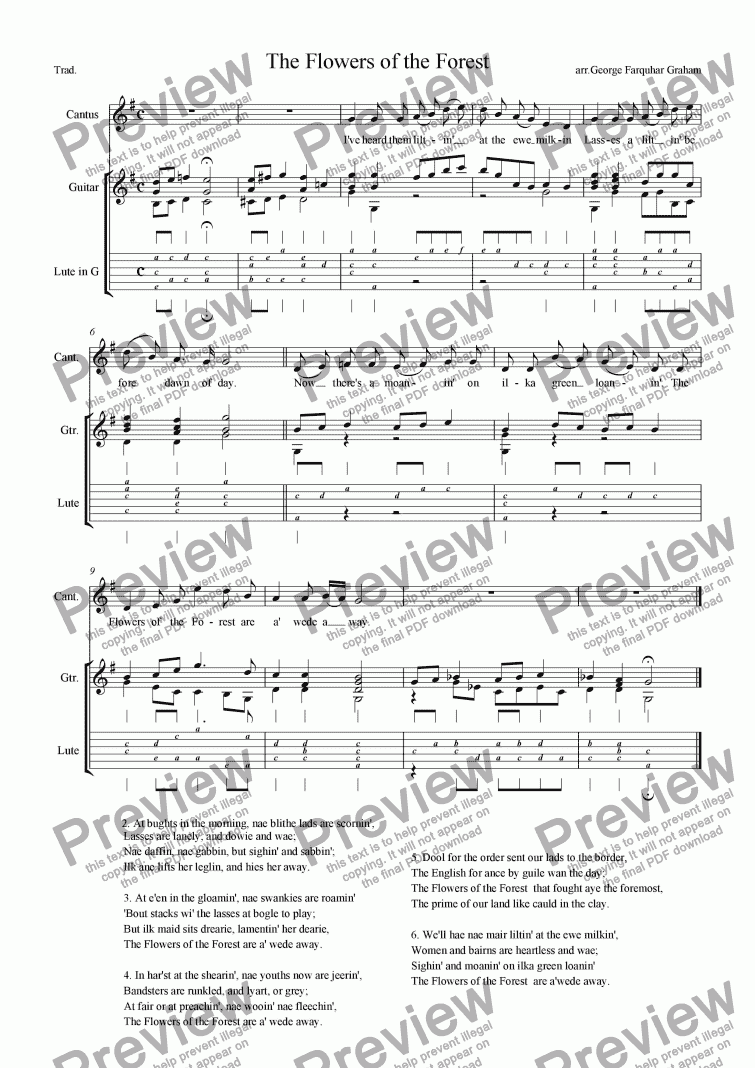 This is an arrangement of the 19th century arrangement of the famous Scottish lament after the battle of Flodden. This was published in many reprints of 'Songs of Scotland' by George Farquhar Graham (1789-1867). The tune is from the Skene baroque lute manuscript, a manuscript many years after the battle of Flodden. This version of the words was written by Jane Elliot, sister of Sir Gilbert Elliot of Minto, and was published in 1755, also several centuries after the battle of Flodden. I have presented here the 19th century accompaniment, interesting in its chromatic introduction and coda around the largely pentatonic tune. This is really material for free treatment by performers. You will readily find other versions of the words on the web.

In order to submit this score to ScoreExchange.com Martin Grayson has declared that they own the copyright to this work in its entirety or that they have been granted permission from the copyright holder to use their work. If you believe that this score should be not available here because it infringes your or someone elses copyright, please report this score using the copyright abuse form.

Reviews of The Flowers of the Forest, Trad., 19th century arrangement, adapted for voice and guitar or lute