Largo from "The New World" 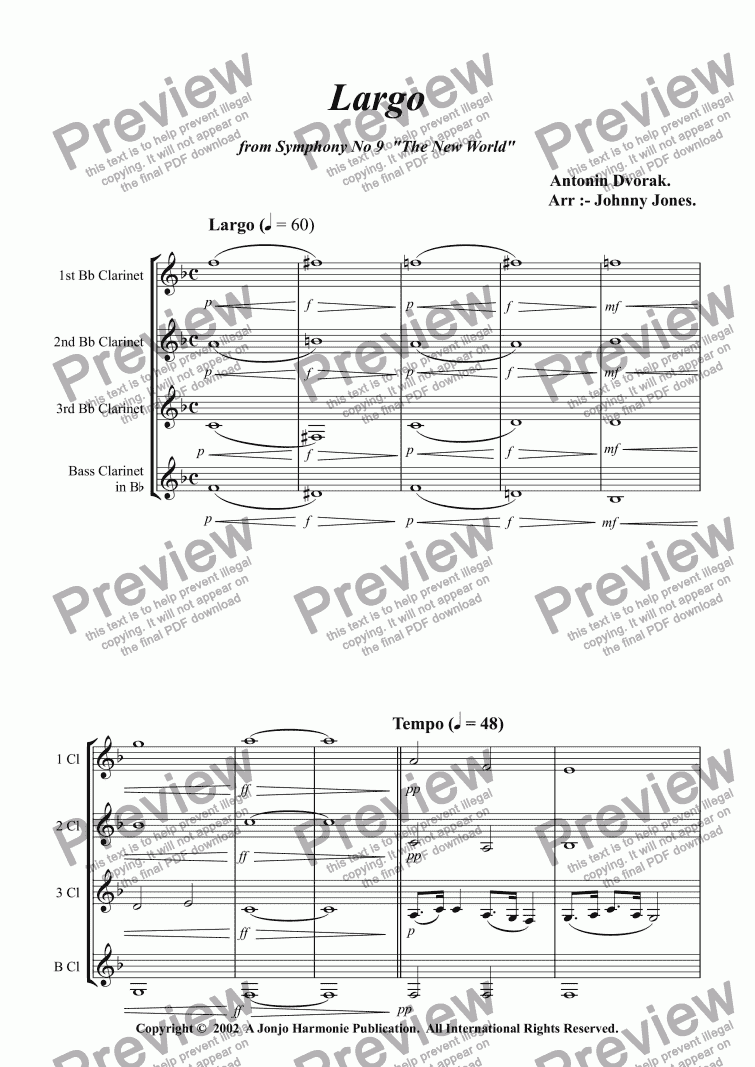 Largo is the 2nd movement of Symphony No9 Op.95 was composed by Antonin Dvorak in 1893 during his visit to the United States (from 1892 - 1895).� It is by far his most popular symphony, and one of the most popular symphonies in the modern orchestral repertoire.� Even though Dvorak was interested in the native American music and Afro - American Negro spirituals I believe that the theme’s in this symphony are similar to and are derived from Bohemian (Czech) folk-music.� Set as a spiritual song, "Going Home",� by one of Dvorak’s pupils, William Arms Burleigh, 1861 - 1948, who adapted and arranged the Largo theme and added his own words. Just like these words of the song, the legend behind this most poignant song just keeping " Goin’ on and on" ……

In order to submit this score to ScoreExchange.com Johnny Jones has declared that they own the copyright to this work in its entirety or that they have been granted permission from the copyright holder to use their work. If you believe that this score should be not available here because it infringes your or someone elses copyright, please report this score using the copyright abuse form.

Reviews of Largo from "The New World"