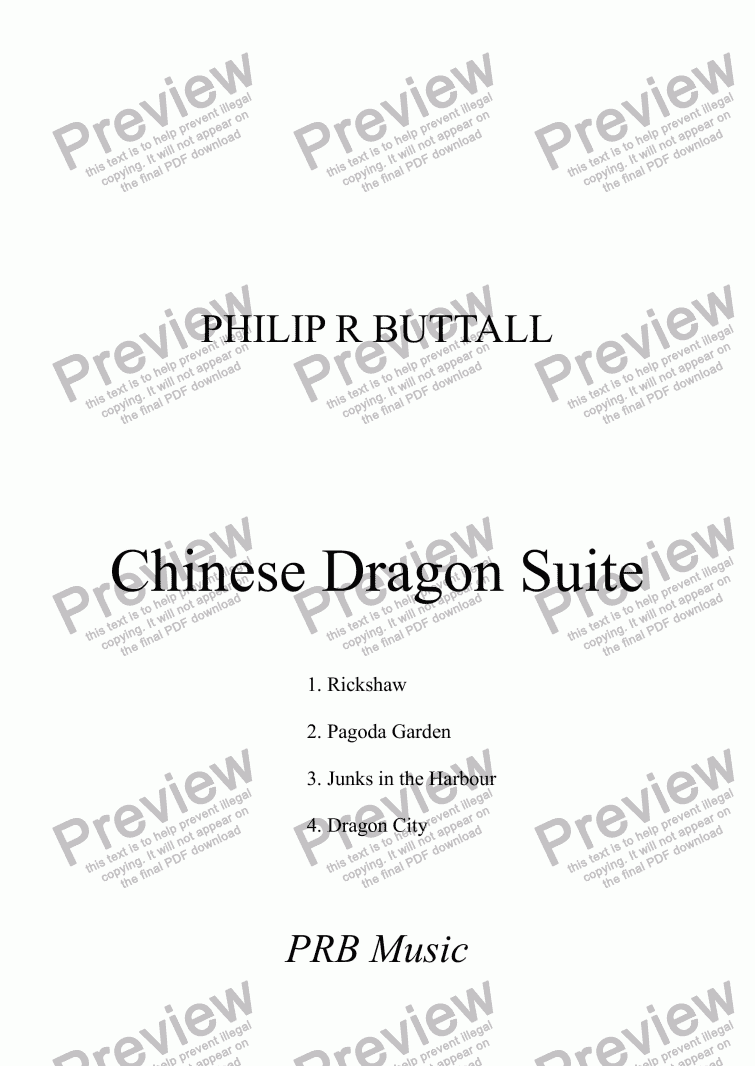 Composer
Philip R Buttall
Year of composition
2002
Lyricist
none
Publisher
PRB Music
Difficulty
Moderate (Grades 4-6)
Duration
7 minutes
Genre
Modern classical music
License details
For anything not permitted by the above licence then you should contact the publisher first to obtain permission.

The inspiration behind this short, four-movement suite, came from the Chung family, who are originally from Hong Kong, but settled in Plymouth. Their three ’children’ are each very musical, and fine pianists. Isaac is the youngest, and I have dedicated this suite to him, and he gave the first public performance of the whole work in April 2003. The title of each of the four movements is self-explanatory, although I had better just say that the final piece, ’Dragon City’ happened also to be the same as that of their Takeaway Restaurant, not that I was advertising, of course!

Isaac is now studying Medicine, and his sisters are an engineer and accountant respectively, so they have done really well in real life, too! The attached picture shows him as a prizewinner at Plymouth Music Festival, when he was in the early years at grammar school - incidentally my old school, too - DHS Boys!

Junks in the Harbour

Rippling arpeggios and hands crossing over lead to a serene picture of boats in the harbour, with the gentle 6/8 beat adding to the overall calmness of the picture - the third piece in the Suite.

Each piece is also available separately under its individual title.