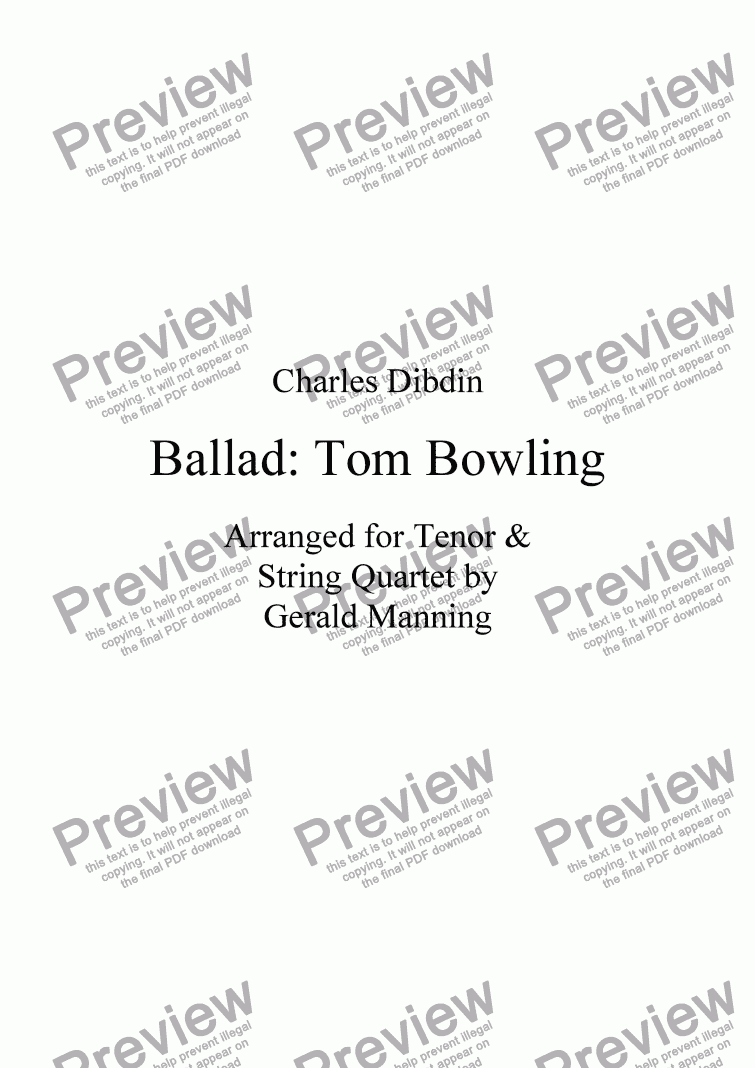 The Term ballad has a special meaning in musical as well as literary folklore, and developed through the Troubadours and Trouv�res into an artistic dance-song with improvised instrumental accompaniment. Originally conceived from the Italian ballare, which meant a song and dance in combination, this form of the genre seems to have lost its connection with the dance during the fifteenth and sixteenth centuries. In time the word came to be used for verses and music of the most varied content, and in England, the term was associated with anything sing-able, simple, popular in style, and for solo voice. Chopin, Liszt, Brahms and others, in which this storytelling quality was retained, wrote purely instrumental ballades.

The term �Tar� is an informal word for a seafarer, and the inspiration for this Victorian Ballad arguably derived from the composer�s elder brother, Tom, captain of a vessel in the Indian service, who died at sea after having been struck by lightning. The ballad was originally known as �Poor Tom Bowling�, and Sir Henry Wood in his �Sea Songs� arrangement for orchestra immortalized it for posterity, for it is performed every year at the �Last Night� of the promenade concerts in London. With its elegiac content and its superb melody this masterpiece was immensely popular in the Victorian drawing-room repertoire. Dibdin himself was vigorously active during his time as a musical entertainer, and accompanied himself on a peculiar instrument, which can only be described as a �hurdy-gurdy� piano/organ with an assortment of attachments, which included bells, side drum, tambourine and gong. A self-made man he also played the violin and organ, had a fine singing voice, composed, and with his Thespian tendencies wrote dramas and acted, playing the part of �Mungo� in his opera �The Padlock�.