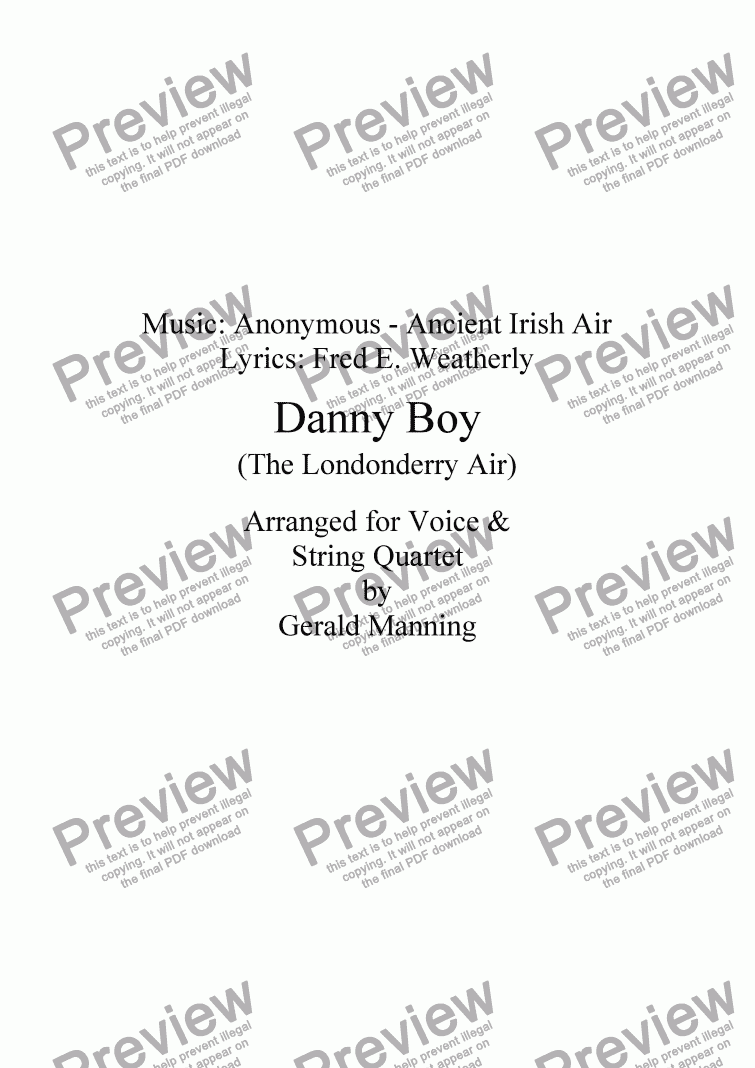 The Term ballad has a special meaning in musical as well as literary folklore, and developed through the Troubadours and Trouv�res into an artistic dance-song with improvised instrumental accompaniment. Originally conceived from the Italian ballare, which meant a song and dance in combination, this form of the genre seems to have lost its connection with the dance during the fifteenth and sixteenth centuries. In time the word came to be used for verses and music of the most varied content, and in England, the term was associated with anything sing-able, simple, popular in style, and for solo voice. Chopin, Liszt, Brahms and others, in which this storytelling quality was retained, wrote purely instrumental ballades. The Ballad was a very popular form of 'after-dinner' entertainment during the Victorian and Edwardian eras.

This ancient Irish folksong known for centuries as The Londonderry Air' has attracted the attentions of many arrangers in all kinds of ensemble distributions; however, even Thomas Moore of Irish Melodies fame never penned any lyrics for the melody, which appeared in a collection of ancient music in 1855. The lyricist Fred Weatherly had already composed a song called "Danny Boy" in 1910 and when he received the melody from America he set about making the few alterations necessary to fit The Londonderry Air'. Weatherly's lyrics are now synonymous with this beautiful melody and the ballad Danny Boy' is now regarded as an Irish Anthem.