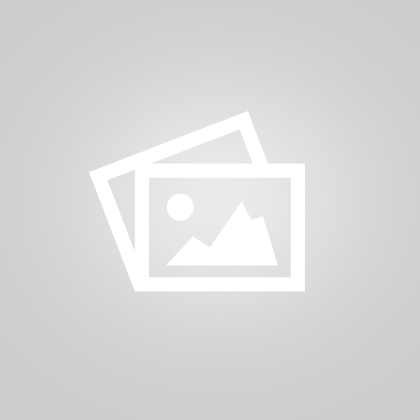 My name is Anthony Kent, though most people know me as Tony, and I was a comprehensive school music teacher for 35 years until my retirement 9 years ago. I was the head of a department that encouraged students to take part in a range of ensembles including jazz bands, rock groups, string ensembles and choirs. I have written music and lyrics for several full scale musicals all of which were successfully performed at our local arts centre. Some of these come complete with a backing tracks CD which can be used in performance and obviates the need for an orchestra.

One of the musicals was entered for a competition run by the Theatre Royal, Plymouth, called New Musical Voices. It was shortlisted for a workshop run by an eminent London based musicals composer who offered further advise on construction etc.. The selection committe said that the catchy melodies appealed to them.

I have written the music and lyrics for two adult musicals which were successfully performed by a locally formed group in the local arts centre.

During these 35 years I have composed a vast amount of music for the students and am now in the process of promoting it on this site. It is highly unlikely that all my compositions will ever appear on this site so if you are interested in knowing more I can be contacted by email.

Musical 'Retro 2000'
Retro 2000
Repression
History repeating itself
We should all live together
...And the wall comes down
The Fashion Gurus
Sea of Tranquillity
Trust
Dr. Sigmund Freud
Information Highway
The Kiss
The heart of the matter
Silent Movie Man
I believe
The art of survival
Millennium
Songs for Seniors/Juniors 'City Life'
Graffiti
Concrete Jungle
CiTY LIfE
All in a day’s work
Choo! Choo! Choo!
River Song
Messages down the phone line
Little Old Lady Of Threadneedle Street
Fast Food Restaurant
Eleven Wall Street
Eleven Wall Street (Piano Score)
In the park
The dream team -US version(Piano Score)
The dream team
The dream team (US version)
Life in a box
In nomine domini
Take some exercise, keep fit!
I get what I want from city life
The city never sleeps
Clarinet choir
Morning Reverie
Buskers
Call to arms
Timepiece
Love theme
Final March
Curiosity
Celebration
Siesta
The witches dance
Rush Hour
Four-Ten To Taliposh
The Enchanted Wood
Jazz
Ace High Shuffle
After Dark
Time out
Gliding
Homburg
Hot Sauce
L. T. Strut
Sleuth
10-50 Blues
Upstream
Nativity Musical
Ragtime Jesus
His Love Will Light The Way/This Saviour
How can they believe in this baby?
Walking with heaven on my mind
Ship of the desert
Dear Joseph
Me and Gabriel
To Be Counted
Still and calm
Just a litle baby for you
What d'you say
Nativity now, nativity then
Now he's gone
Leave Quietly
Where do we go from here?
Orchestral
Round Robin
Songs For Juniors
Hard Times
Emerald Jewel
Great Wall Of China
What a boomerang can do
I’m a leprechaun I am
In America We’ll Be
Yip-Pe-I-Ay
Ole!
The Armada
Year Of The Dragon
String Ensemble
OPUS 3 Dreams Of home
Uncategorised music
Abtu And Ant
Aman Ra
Apep Hisses
Castaway
Creator of the world
Dance of the Spirits
Dark Is The Night
Delphi Oracle
Entrance of Ramases and his court
Goddess of truth and the law
Heliopolitan Ennead
Hey Graeae, Say Graeae
In a shower of golden rain
Khepri in the morning
Osiris
Roly-Polydectes
Set
She Of The Midnight
Sitting around on my cloud
Sun City
Sun God Ra!
The Club Dance
The sun rising out of the east
The Sun Setting Down In The West
Your Loving Feeling
ScoreExchange.com is operated by ADAP Solutions Ltd. ©
Sell sheet music |
Terms | Privacy |
Contact us | Blog |
Advertise | Help