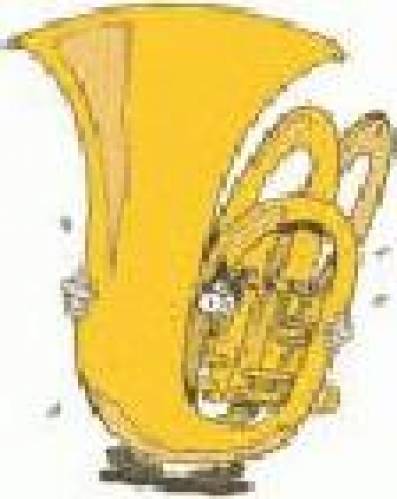 Here you will find many things tuba. Some of a lifetimes arrangements for various tuba/euphonium ensembles as well as a smattering of original works. Of the former can I particularly recommend the Nutcracker Part 1 (the overture and the Waltz of the Flowers) and of the latter the Earl of Coventry His Fantasy (based on the Coventry Carol).

Of my other original works the String Quartet was written whilst at college under the expert eye of the late departed Buxton Orr. The other works have been written since becoming a Sibelius User. The Tuba Sonata I hope holds some promise and the third movement will be a set of variations in homage to Jean Baptiste Arban. Watch this space.

All the pieces on this site have MP3s made with Sampleing technology including sounds from the Vienna Symphonic Library. Please give them a listen they are so much better than the dreaded soft synth on your soundcard.

My typesetting/editing of Sorabji's "Jami" Symphony has reached a milestone as I have, after four and a half years, finished the first draft. 814 pages of A2 score, 750,000+ notes. Four vast movements.

The advent of Sibelius 5.1 has enabled me to prepare an intial virtual performance of the entire four and a half hour score using Sibelius' Sounds Essentials and Choral Sounds. It only a basic performance but it gives a good idea of Sorabji's orchestral soundworld. The performance can be heard on my website under the Sorabji Tab.

I have taken the leap and created a website www.davetubaking.com where I am hosting virtual performances of my tuba ensemble arrangements, Bourgeois 2nd Brass Band Concerto, my own Symphony for Brass Band and lots of other Sorabji bits.