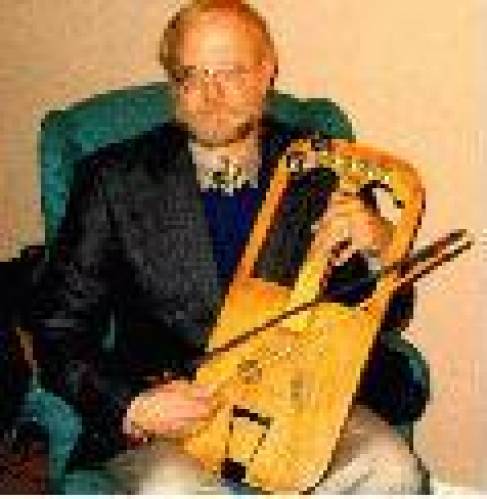 Contact Seller
Please note that you will need to sign in or register before you can contact this seller
Address:
Dr. J. Marshall Bevil
Forensic Musicological Consultants
7918 Millbrook Drive
Houston
Texas
77095
United States

DR. J. MARSHALL BEVIL is a musicologist, a vocal-choral and string music educator, and a composer-arranger. He is both a native of Houston's Garden Oaks community (Waltrip HS, Class of 1966 - hear his "A Waltrip Fantasy," play-bar near bottom of web page, http://www.waltripalumni.org/Default.aspx?pageId=884220 ) and a current resident of the Houston area. He holds the degree Doctor of Philosophy in Musicology with a minor in English (concentration in linguistics and the history of the language) from the University of North Texas (1984); the degree Master of Music in Musicology, with a minor in music theory (concentration in analytical procedures), also from UNT (1973); and the degree Bachelor of Music, with Honors, with a major in sacred music and vocal (bass-baritone) performance concentration, from Oklahoma Baptist University (1970). He also holds all-level teaching certification in music from the University of Houston ('83), and he pursued independent study at the University College of Wales, Aberystwyth, and Trinity College, Dublin, in 1972, while conducting research for his M.Mus thesis on the crwth (see below, also photo at left, this page). Dr. Bevil is a member of Phi Mu Alpha Sinfonia Fraternity (Pi Tau Chapter, OBU, and Gamma Theta Chapter, UNT), Pi Kappa Lambda Honor Society, the American Musicological Society (AMS), the Texas Music Educators' Association (TMEA), and the Texas Orchestra Directors' Association (TODA).

As an educator since 1974, Dr. Bevil has taught music history and music literature at the university level; and he has taught general music, vocal-choral music, and orchestral strings in public schools. He also has served as a consultant and curriculum writer in the design of interdisciplinary school music curriculum at both local and state levels that emphasizes the connections of music to language (including linguistics), mathematics, science, and social studies. From the year 2000 until his retirement in 2009, European-style, literacy-based (i.e., non-Suzuki) school orchestras under his direction mastered pieces that theoretically were too advanced for them and repeatedly won best-in-class honors at regional and state-wide competitions, in some cases out-scoring orchestras made up of older, more experienced students. He has adapted his analytical methods to devise an approach to teaching students difficult pieces and passages, and his most advanced students have done their own reduction and reconstitution procedures based not on aural perception and subjective assessment but on quantifiable, consistently applied criteria pertaining to the written music. Early in 2006, he was chosen as that year's winner of the Houston Symphony's Bell Award as Outstanding Music Educator of the Year. His two favorite age and advancement groups to teach are young children and educated adults, because he sees those as the groups that most keenly realize both the limits of their knowledge and the need to further it.

In addition to pursuing his academic, compositional, and pedagogic activities, Dr. Bevil acts on occasion as a consultant and expert witness in copyright infringement and intellectual property misappropriation disputes, again using his computer-supported analytical processes when the situation so warrants ( http://home.earthlink.net/~llywarch/forns.html.htm ).

As a composer of a distinctly neo-romantic bent, Dr. Bevil concentrates on music for string orchestras and high- and broad-church hymn settings and choral music. In all cases, ever the teacher, he strives to create works that are dignified yet vibrant, intellectually stimulating yet listenable and memorable, and invariably demanding enough to provide growth opportunities, learning experiences, and a sense of meaningful accomplishment for those preparing and performing them. Although his music is exclusively tonal, in late common-practice-period style, and not of an esoteric nature that appeals mostly or exclusively to those with advanced musical training, he eschews the simplistic and the trivial as much in his composition as he does in both his scholarship and his teaching. His music for strings consistently focuses on the singing capabilities of those instruments, and he treats string orchestras almost as if they were choral groups. Much of his string music has been written for student soloists and ensembles. In the area of sacred choral music and hymn settings, he seeks to counter the current trend toward the often trite idioms of contemporary popular culture and the accompanying exclusion of traditional styles, dignity, and elegance from worship services. His online commentary on that subject is at http://home.earthlink.net/~llywarch/sacred.html .

His music for French horn ("Horn Voluntary," at this site) was written for his son, a former member of the award-winning, nationally-recognized Langham Creek High School Lobo Band (Houston area) from 2004-2007, Principal Horn in that band from 2005-2007, a member of the TMEA All-Region and All-Area Bands from southeastern Texas (2005-2007), a horn performance major with a full scholarship and out-of-state fee waiver at Louisiana State University (2007-2011), a member of the LSU Marching Band ("the Golden Band from Tigerland"), Concert Band, Orchestra, and Wind Ensemble during that interim, and a substitute performer with the Baton Rouge Symphony Orchestra in 2009-2010. Dr. Bevil's finale from "Brass Quintet No. 1" (at this site) was written as a wedding recessional for his son and daughter-in-law in 2011. In 2013, his son completed his master's degree in horn performance at the Roosevelt University (Chicago) College of Music. He now resides in Madison, Wisconsin, where he is a freelance performer and teacher of trumpet and horn.

>> NOTE: All pieces under Dr. Bevil's name at this site are protected by registered copyrights. Thank you in advance for ordering and paying for the number of copies that you need, except in cases involving free material. Also, thank you in advance for acknowledging Dr. Bevil's authorship of the original works at this site, including those that are offered at no charge. The successful, ongoing operation of this system depends in considerable measure on the honesty of all who use it. As one who deals periodically in the legal arena with those who "push the envelope" and sometimes even violate protections afforded by copyright, Dr. Bevil finds it especially pleasant to work with those who extend to others the same professional and artistic courtesies that they would expect to be shown. - S.D.