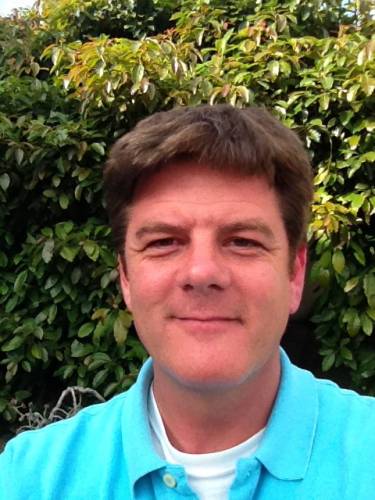 Scott's musical life began playing the bongos with the family band. With mother on the piano, father and brother on the trombone, and sister at the clarinet, the family band would play at family parties. At age 10 he graduated to the saxophone which remains his instrument of choice. Studying jazz extensively in high school and college in addition to loving many other styles of music has led to Scott having diverse musical experiences during his musical career.

Scott is currently the Jazz Band Director at New Roads High School in Santa Monica California and also taught during at the Crossroads High School 2008, 2009 and 2010 Summer Jazz Camps. In addition, Scott currently serves as the music director at the Unitarian Universalist Church of Santa Clarita.

Scott has scored numerous films and TV shows including writing the theme for the Prime Time CBS Television series "Rescue 911" (which earned him 3 BMI TV/Film awards) and other programs that have aired on UPN, Lifetime, The Discovery Channel, TNT and Fox.

Scott is a founding member of the Wild Colonials. Since it's inception in 1992, the band received much critical praise, signed to Geffen records, released 3 records nationally and toured nationally. Highlights of their career include recording at Peter Gabriel's studios in Bath England, being backed up by artist's Rickie Lee Jones, Cindy Lauper, Jon Brion (Magnolia's), Pete Thomas (Elvis Costello), Matt Chamberlain (Pearl Jam), Chad Smith (Red Hot Chili Peppers), and other's. They shared stages with artists such as Los Lobos, King Crimson, Midnight Oil, Sara Mclachlan (The Lilith Fair Tour) and Chris Isaak. The 3rd album ("Reel Life"), a tribute to finding a home for their music in multiple films an TV shows.

A little bit o’ nuttin
Walk With An Open Heart
Walk On Your Path - Children’s Recessional
Questions And Answers
Love Lives Everywhere
Now’s The Time
God is We
Scott Roewe Scores
A Gun Is Not A Toy
Anna’s Reflection
Appreciation
Calling All Angels
Faith - Creideamh
Family
Flower Communion - The Bouquet Of Humanity
Greater Love
Holiday
I am grateful
I get up, and I get down.....
I’ve Found My Way
Listen to the silence, can you hear the song?
Our Covenant - We Will Listen
Sin or Salvation
Steal Away
The Xaphoon Song
Unity - When One and One Equals One
Unity - When One and One is One
Valentine
Vision
Vocation - The Gateway of Tomorrow
We sing for all, Hallelujah!
We’ve Got A New House Today
When I Let Go
When I Sing Do You Hear?
Will I Am
ScoreExchange.com is run and owned by ADAP Solutions Ltd. ©
Sell sheet music |
Terms | Privacy |
Contact us | Advertise | Help