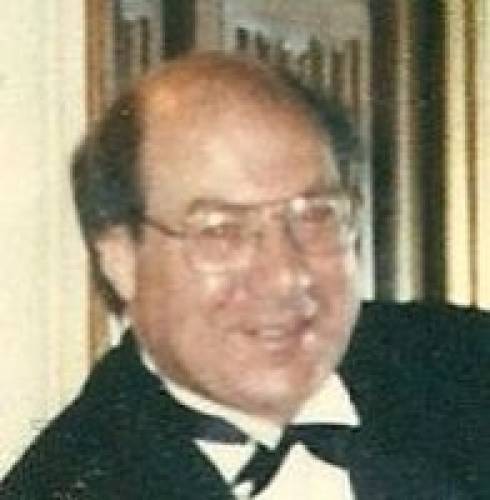 WORLD WOODWIND QUINTET EXCLUSIVE: 1) DIE MEISTERSINGER VON NURNBERG NOW ON SALE FOR ONLY $1.00!! (Selling like hot cakes!) 2) GEORGE GERSHWIN`S "Rialto Ripples" arr. for Wind Quintet is quirky and fun. An early work, it is `co-written` with WILL DONALDSON, The score Exchange price is $2.00 for both score and parts.

I'm a Lancastrian, and hail from Warrington initially, but after uprooting myself south to Hampshire, the UK's 'powers that be' decided that the town also be uprooted, and it is now part of Cheshire and not Lancashire. I now reside in Surrey, also another county to 'benefit' from the demise of Middlesex. What next after Brexit I ask?

Having taken up the piano & clarinet, I gained performing and teaching diplomas for clarinet at the Royal, and London Colleges of Music. Further study in composition and orchestration with Gordon Reynolds of the Chapel Royal, Hampton Court, and Leon Young of Tonbridge Parish Church & London`s 'Tin Pan Alley'! Compositions have brought awards in 1996 and 1997 from the Clarinet and Saxophone Society of Gt Britain. Commissions also from Ben Redwine, one time principal Eb Clarinet, US Naval Academy Band . Now living in Louisiana, where he performs with two symphony orchestras, diverting regularly as a recitalist, and touring also with his own Jazz ensemble. 'Hauntings', the sonatina for clarinet and piano is now available on CD at Clarinet Classics, recorded by Leslie Craven, Principal Clarinet, Orchestra of the Welsh National Opera. Arrangements have brought awards from the B.B.C./Musicians Union competitions for the B.B.C. Concert Orchestra. Preparing and adapting arrangements for the Filmharmonic series of concerts with the London Symphony Orchestra and with John Williams, John Scott, Ron Goodwin. A Hyperion CD cover of the Clarinet & Piano arr. of Gershwin`s Promenade (Walking the Dog) by BBC Symphony/The Nash Ensemble`s principal clarinettist Richard Hosford is released in June 2015 - available in here.

Arrangements of Carols, recorded to CD by the Brighouse and Rastrick Band is a favourite during the Christmas season.

Other media music for the Carlin Recorded Music Library brought one of the first identity logos for Channel Four TV (U.K.) - all of 4 seconds!!!!

From Lancashire`s tall, industrial, smokey chimneys, and London`s stressful music business era at EMI, preparing Queen, Adam Ant, Kate Bush and even the Sex Pistols for print before the era of computer notation, I continue to compose and arrange, also now enjoying the Surrey foliage, tits and wagtails, who insist on interrupting my woodwind teaching from time to time.

From North America to North Korea, via Germany, France, Spain, Japan and Australia my music has certainly circumnavigated the globe, hopefully bringing some pleasure to those who play and listen to it.

Hear the music using the MP3 file which is the horizontal strip just above the score.

INSTRUMENTAL MUSIC BELOW, some published elsewhere May be acquired by contacting AW Music.

Task Force Falkland - For Orchestra. The opening and closing titles to the I.T.N./Granada Video Newsreel Production 1982. Available in ScoreExchange.

Some Other Autumn (Tony Coe) - as above plus 1 Clarinet soloist (no ad lib jazz).

Circle as sung by Barbra Streisand, for Solo Voice, SATB/Piano. Key G & Ab. Please apply to me for score & parts.

Melodie de Paris from `Phantom` by Yeston & Kopit: SATB/Piano. Please apply to me for score & parts.

Come Fly with Frank Sinatra Medley of 4 songs: SATB/Piano. To include Come Fly with Me; All, Or Nothing at All; Come Dance with Me; The Coffee Song. Please apply to me for score & parts.

Scroll further down now to my Score Catalogue to listen to MP3s, and to view the music scores.