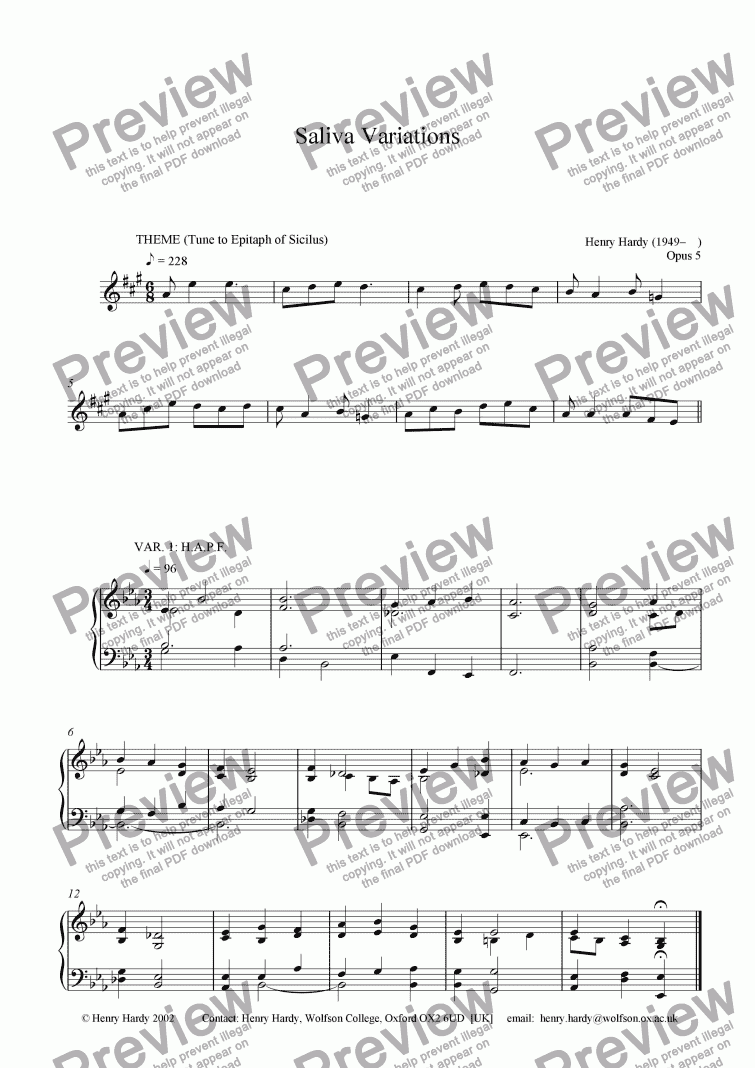 These variations, on a theme from a Greek tomb dating from the first century AD, were written in the summer of 1966, when he was seventeen, and first performed at a symposium held by Phrontisterion, the classical society of Lancing College, Sussex. The epitaph reads: 'As long as you live, shine bright; grieve over nothing at all; life is short, time asks an end in return.' Of the seven original variations, four were reused, with one new one, on 21 June 1975 at a concert in Wolfson College, Oxford: it is these five that appear here. In 1966 the variations were entitled with the initials of members of Phrontisterion, in 1975 with those of members of Wolfson.

In order to submit this score to ScoreExchange.com Henry Hardy has declared that they own the copyright to this work in its entirety or that they have been granted permission from the copyright holder to use their work. If you believe that this score should be not available here because it infringes your or someone elses copyright, please report this score using the copyright abuse form.