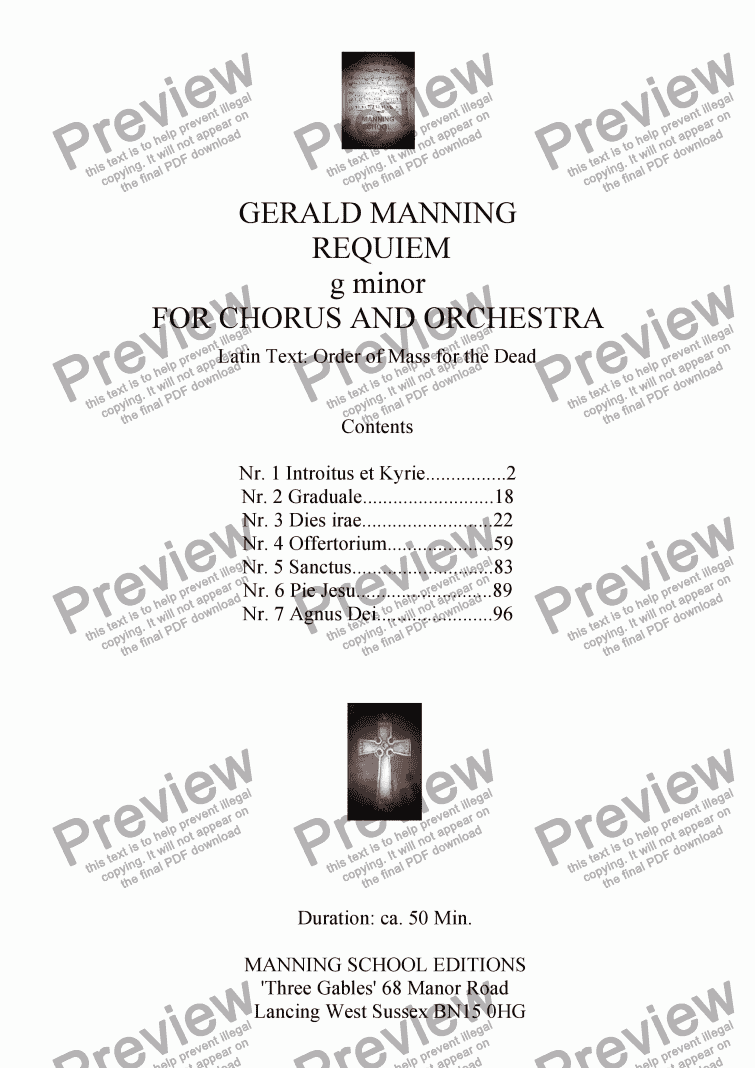 FOR CHORUS AND ORCHESTRA

LATIN TEXT: ORDER OF MASS FOR THE DEAD

Music has always been the handmaid of religion. The Tridentine version of the Roman Catholic Mass for the repose of a departed soul, derives its name from the Introit which begins, with the text �Requiem aeternam dona eis Domine� (Give them eternal rest, O Lord�) and is basically identical with that of the normal Latin Mass except that in the Requiem Mass the parts of rejoicing such as the Gloria and Credo are omitted. Liturgically the Requiem Mass is sung at funeral services, anniversaries of particular deaths, and on the 2nd November being All Souls� Day. The sections of the Requiem vary with each setting and composer, and in some instances there are as many as thirteen. In this setting there are just seven; (1) Introitus et Kyrie with an attacca into an �a cappella� (2) Graduale; (3) the long 13th-century sequence Dies irae, (Day of wrath); (4) the Offertorium; (5) the Sanctus; (6) the Pie Jesu; and (7) the Agnus Dei where a small change occurs in the text where the words �Dona eis requiem� (Give them rest�) replaces �Miserere nobis� (have mercy upon us�).

Reviews of MANNING, G. - Requiem for Chorus and Orchestra, Op.7