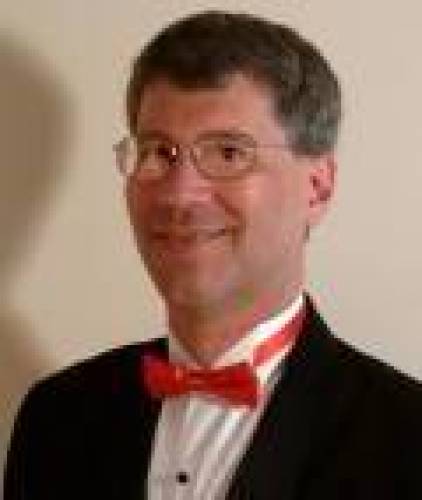 David Stybr is a chemical and computer engineer. The family name Stybr is Czech, and his ancestors emigrated from Prague to Chicago in the 1880s during a severe vowel shortage. Thus his preference for consonant music. As an engineer, David loves to figure out what makes things tick, from clocks to metronomes, but he has always heard music in his head. He never seriously considered composing until he overheard a comment at a Chicago Symphony Orchestra concert. A woman sitting next to him critiqued one piece by saying, "I could write better music than that!" which made David think, "Could I?" Maybe or maybe not, but he decided that after 4 decades of ignoring his muse, it was high time he notated some of his musical ideas. And so began the battle of two minds: Left Brain vs. Right Brain: best 2 falls out of 3

Writing music is an altogether different experience from listening. It is an amazing feeling to create original themes, and weave them into balanced compositions. He did this for five years, until he felt ready to submit his works to professional musicians.

In 2004, world-renowned contrabassoonist Susan Nigro commissioned him to compose a contrabassoon concerto. This resulted in Theme and Variations in G Minor for Contrabassoon and Orchestra, and she performed the world premi�re at a pair of concerts with the New Philharmonic Orchestra conducted by Maestro Kirk Muspratt at College of DuPage, Glen Ellyn, Illinois in February 2005.