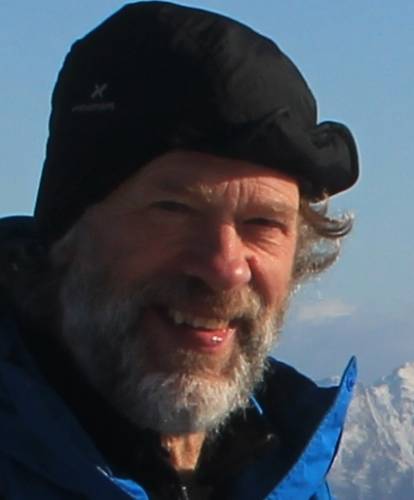 Sibelius has brought me back to composing after a break of many years when I got increasingly frustrated by hand writing manuscripts, sticking bits of paper over mistakes and corrections, laboriously copying out parts. Being of a mathematical persuasion, I calculated a ratio in excess of 1000:1 for the time required for preparing and playing a piece of music, so I went on strike, and produced very little for 20 years. In that time, I graduated from Sheffield University with Honours in Pure Maths and Geography, left the University, Orchestra and city, and have been working as a Ranger in Scotland most of the time since 1977.I am now Head Ranger of Cairngorm Ranger Service, based at Cairn Gorm in the Cairngorms National Park. So you're welcome to ask me about that! Let me tell you it has to be one of the most satisfying career choices.

I play French Horn, an instrumental devotion that allows no other. My wife plays bassoon. And recorders. And violin, (fiddle), clarinet, saxophone, trumpet, trombone…. Such are the pleasures of these instruments. In defence of my monogamy (instrumental, this time) playing Horn gives the performer a view of the orchestra from the inside. It also makes me rather averse to technical difficulty (showiness, even), and to head for emotional intensity and sound colour.

I would be interested to hear of anyone detecting any sign of influences (musical education, even) in my work, as I am not aware of any. One of my nightmares is to have someone pick up a phrase of music and say: You got that from xyz film or abc composer. My only defence is to plead guilty as charged, as heaven knows what's lurking around in my head when I have the fever of composing on me.

My main influences are visual, and about places, so you could say I write music for films that do not exist set in places that do.