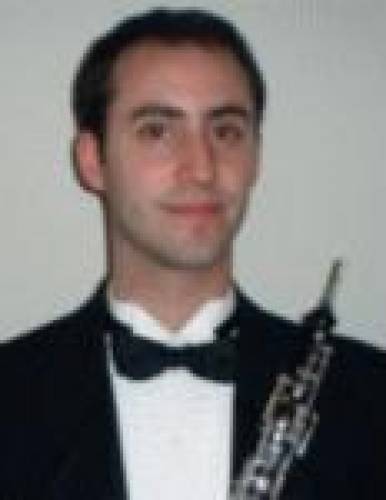 Erik Cole is currently a freelance woodwind doubler in the Orlando, FL area. He holds the positions of Second Clarinet with the Brevard Symhpony Orchestra and Principal Clarinet with the Florida Lakes Symphony Orchestra. In addition, he regularly performs with Broadway Orlando, Walt Disney World orchestras, and various local theaters.

Erik has been playing both clarinet and oboe since grade school, and Majored in Performance on both at Butler University in Indianapolis. He went on to get a Masters in Woodwind Doubling from the Eastman School of Music, where he studied and performed on all 5 woodwind instruments. He is currently on the adjunct faculty of Rollins College as Professor of Clarinet, the University of Central Florida as a general woodwinds instructor, and the Florida Institute of Technology as their Woodwinds Professor. In addition, he has a private studio of 20-25 students on all of the woodwinds.

He wrote some original compositions for wind instruments during college, and has since decided that he is better at arranging and orchestrating. Having played and taught many bad arrangements before, he feels that his ability to actually play all the parts and his work with middle school and high school students gives him a unique perspective on what is actually playable. All his arrangements try to balance staying true to the original with making the piece accessible and playable.

Parts will be made available for scores as soon as they have been proofread. Any MP3's attached to the scores are multi-track recordings of him playing all the parts. They are there to give an idea of what the piece sounds like in the real world - understand that bassoon is his 5th instrument and that lining parts up perfectly is near-impossible when recording one part at a time.